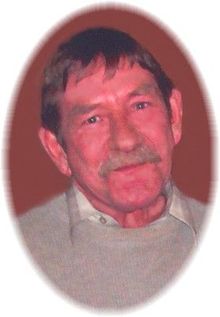 Life History for Allan Tweet
Allan Robert Tweet, age 64, born on March 25, 1948 to Lester and Gertrude (Ames) Tweet of Osakis, MN passed away early Sunday morning, November 18, 2012 at the VA Medical Center in Minneapolis, MN. Allan suffered from service-related heart and vascular disease, Post Traumatic Stress Disorder and also Agent Orange poisoning, which resulted in respiratory problems and skin disorders. Allan had honorably served his country as a Vietnam Combat Veteran from October 1966 to October 1968. He was in the Army 25th Infantry Division. He was wounded in action on July 18, 1967. Allan was awarded the Purple Heart along with the National Defense Service Medal, the Vietnam Service Medal, the Combat Infantryman Badge, the Vietnam Campaign Medal and Expert Rifle.
Allan is preceded in death by his parents, Lester and Gertrude Tweet; a sister, Leota (Tweet Hoskins) Boileau; a brother, Richard Tweet; a nephew, Dennis Tweet.
He is survived by his wife, Linda Tweet of Coon Rapids, his former wife, Marion Johnson of Blaine; daughters, Kari Murray of Redlands, CA, Allison Johnson of Hawley; a son, Ryan Tweet of Coon Rapids; 6 grandchildren; 3 brothers, Mike (Sue) Tweet of Lebanon, TN, Rodger Tweet of Menahga and Timothy Tweet of Arizona; 2 sisters, Leslyn (Russell) Skillings of Conrad, MT and Christine (Alan) Hunt of Osakis, MN; many nieces and nephews.
Allan attended Osakis Public School and graduated in 1966. He attended Alexandria Technical college for machinist and St. Cloud Technical College for Instrumentation and also Anoka-Hennepin Technical College for drafting and design.
Allan worked as a machinist in the metro area and in construction throughout the state following his years in the service.
After his schooling in St. Cloud he gained employment at Douglas Machines in Alexandria. After moving to the Metro area and completing his schooling there, he went to work for Micro-Control in Fridley for eleven years before he retired in July of 2011.
Allan's love of nature and the anticipation of a 'good hunt' and his joy of spending time by the water (even if the fish weren't biting) leads me to believe he is in that Happy Hunting Ground in the sky.
Allan will be missed dearly by his family and friends. May we honor his memory and his service to our great nation.
Memorial services will be held for Allan on Saturday, November 24, 2012 at 2:00 pm at the Roy-Hetland Funeral Home Chapel in Osakis with a gathering time beginning at 1:00 pm.
Arrangements by the Roy-Hetland Funeral Home in Osakis, MN.

To order memorial trees or send flowers to the family in memory of Allan Tweet, please visit our flower store.