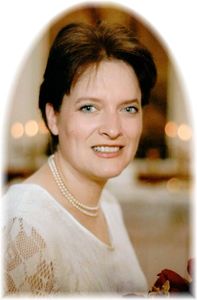 Life History for Anne Edenloff
Anne Edenloff, age 53 of Alexandria, MN went to meet her Savior on Tuesday, October 28, 2014 from her home in Alexandria surrounded by her family.
Anne Elizabeth was born on April 16, 1961 to Orris and Judith (Klimek) Schjei in Alexandria, MN. She lived and attended school through the first grade in Brandon, MN near Long Lake Lodge, then her family moved to Alexandria. Anne graduated from Jefferson High School in 1979. She married Robert Bullick in 1979 and moved to Salt Lake City, where her daughter Mindy was born. They returned to Alexandria a short time later to be closer to family. Soon after, their son Nicholas was born. Anne attended Alexandria Technical College to get a degree in Accounting. She also worked as a waitress at Country Kitchen during this time. Anne continued her education and became a Certified Public Accountant. Her career included working in governmental accounting and later doing accounting work for the Osakis Public Schools and both Todd and Douglas Counties. On September 26, 1998 Anne was married to Danny Edenloff at the Sauk Valley Church in rural Osakis, MN.
Some of Anne's interests included reading, crocheting and cross-stitching, and spending time on her computer. She enjoyed Harley motorcycling during the summer months, especially going on various charity/benefit rides that helped raise funds for others in need. She was a member of the New Life Church in Alexandria and was a former member at St. Mary's and Lake Community Church.
Anne is survived by her husband, Danny Edenloff of Alexandria; children, Mindy (Thrush) Bogie of Glenwood City, WI, Nicholas Bullick of Lowry; Jamie Edenloff of St. Cloud, Heidi (Darin) Dickenson of Osakis and Shane (Shonelle) Edenloff of Fergus Falls, MN; 7 grandchildren; her parents, Orris and Judith Schjei of Alexandria; siblings, Steve (Bonnie Turner) Schjei of Nelson, Peggy (Bill) Blenkush of Becker and Tim (Barb) Schjei of Princeton, MN.
Awaiting her with a heavenly hug is her twin brother, Daniel John Schjei and her granddaughter, Olivia Bogie.
A celebration of Anne's life will take place at a memorial service on Sunday, November 9, 2014 at 2:00 pm at the New Life Church in Alexandria with Rev. John Taplin officiating. The musicians are Rev. Jake and Rachael Hedden and Sue Ronning. There will be a gathering time beginning at the church on Sunday at 1:00 pm. A private inurnment is being held later at the Sauk Valley Cemetery in Osakis with honorary bearers being all of her grandchildren, Brandan Bogie, Austin Dickenson, Emily Peterson, Lilly Edenloff, Charlie Bogie, Avery Dickenson and Jacob Edenloff.
Arrangements are being handled by the Roy-Hetland Funeral Home in Osakis, MN.

To order memorial trees or send flowers to the family in memory of Anne Edenloff, please visit our flower store.