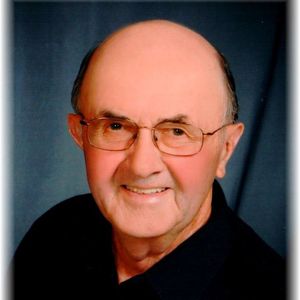 Tony Borash, 81, was called to his eternal home on Saturday, June 10, 2017 from his home on Lake Osakis, surround by family and friends.
Anthony 'Tony' Mathias Borash was born on February 24, 1936, to Peter and Rose (Kutchinski) Borash. Tony was raised in Flensburg, MN and graduated from Little Falls High School. Tony was a gifted athlete who played on many baseball and softball teams. In 1954, Tony married his high school sweetheart, Donna Wells. They lived in Little Falls before moving to the Twin Cities area.
After working for Apache Rubber Company, Tony decided to start his own hose and rubber business, Able Hose and Rubber Inc., in 1983 in Minneapolis, MN. Tony and his family lived in Roseville for 18 years and then in White Bear Lake for 17 years. After retiring from Able, he spent his time fishing at his home on Lake Osakis and collecting antiques with his wife Donna.
Tony was an active lifelong Catholic and a generous member of Immaculate Conception Church in Osakis, MN. Tony tried to be a kind, generous, and benevolent person to all he met. Tony's philanthropic nature was always displayed throughout his life. In his childhood, he'd give his mother the .15 cents he earned working so she could provide for the family, he helped as a founding member of the B-Dale Men's Club (an organization that promoted youth activities in the Roseville area), and later in life he would often times make anonymous donations to people or families in need.
Tony enjoyed collecting gas and oil memorabilia and was always on the hunt for a new acquisition. Every summer, locals would wait for his annual garage sale. He greatly enjoyed fishing, gardening, and working in his yard. He listened to polka music often, was quick witted, and valued spending time with his family and friends. His generous heart and love for family will be dearly missed by all whose lives he touched.
Tony is survived by his loving wife of 63 years, Donna, their six children: Lee (April) Borash of Chisago City, Greg (Elaine) Borash of Wyoming, Teresa (Ken) Wood of Shoreview, Becky Borash of Osakis, Jeff Borash of Bemidji, and Tammy (Jay) Sontag of Shoreview; 12 grandchildren: Tony, Dan, Nicole, Lea, Jenna, Jesse, Samantha, Christine, Hunter, Joe, Mariah, and Shelly; 13 great-grandchildren; siblings Bernie (Jan) Borash of Rosemount and Kathy (Mike) McCluney of Inver Grove Heights, as well as countless other relatives and friends.
Tony was preceded in death by his parents, Peter and Rose, and his siblings Frances Borash, Margaret (Muggs) Larson, Donald Borash, and Frank Borash.
Funeral services for Tony held on Wednesday, June 14, 2017 at 10:30am at Immaculate Conception Church in Osakis. Internment at Calvary Cemetery in Osakis, MN.
Pallbearers: Lee Borash, Greg Borash, Jeff Borash, Tony Borash, Dan Borash, Hunter Borash, Joe Schmidt, Roger Untenberger.
A luncheon was held following the committal service at the Immaculate Conception Church in Osakis, MN.
Tony's family would like to express their gratitude to Knute Nelson Hospice Services for their guidance and help the last few weeks. A special thank you to the people that came to visit Tony his last days in this life. Many thanks to Dana and Ginger Hetland.
Arrangements were handled by the Roy-Hetland Funeral Home in Osakis, MN.

To order memorial trees or send flowers to the family in memory of Anthony Borash, please visit our flower store.