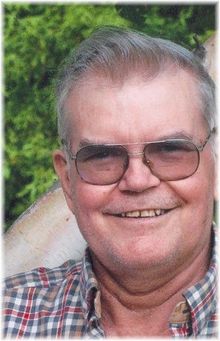 Arlo Erick Witt was born on August 23, 1943 in Rapid Dan, MN to Erick and Lottie (Spoor) Witt. On August 20, 1963, Arlo was united in marriage to MaryAnn Peterson at the Immaculate Conception Church in Osakis. They dairy farmed for over sixteen years in Osakis. Arlo then took training at Staples Technical College for Farm Mechanics and worked in Freeport and Appleton, MN doing farm mechanics. For sixteen years Arlo worked at the Jennie-O processing plant in Melrose, MN. He also was employed for a time at the Pride of Main Street Dairy in Sauk Centre. Arlo was a member of the Immaculate Conception parish in Osakis.
Some of his favorite pastimes included going to area farm auctions and collecting antique tractors. He also enjoyed raising chickens, which he loving referred to as 'his girls.' Tending his rose garden, watching Western movies and going fishing were other hobbies he liked. His favorite pastime however, was just spending time spoiling his grandkids. He was a kind and caring husband, father, grandpa, son and brother who will be dearly missed by his family and friends.
Arlo is survived by his wife of 46 years, Mary Ann Witt of Osakis; his children, Scott & Shelly Witt, Cindy & Wesley Diel, all of Osakis, Shanna & Kris Middendorf of Sauk Centre; 8 grandchildren; his mother, Lottie Witt of Park Rapids; a brother, Louie & Donna Witt of Scapoose, OR; three sisters, Ellen Gilbertson of Mankato, Lois & Allen Ophoven of Maplewood and Vicki Witt of Park Rapids, MN; many nieces and nephews.
He is preceded in death by his father, Erick Witt, a son, Michael Witt and a sister, Arlene Fitzloff.

To order memorial trees or send flowers to the family in memory of Arlo Witt, please visit our flower store.