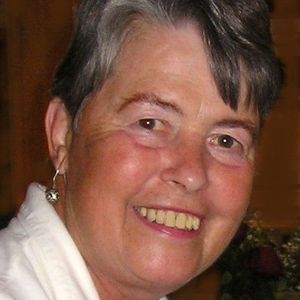 Barbara Lindemann, age 75 of Waconia, passed into her new life on Friday, August 26, 2016 while a resident at the Good Samaritan Nursing Home in Waconia,MN. Barbara passed away peacefully in her sleep from diabetic complications.
On September 30, 1940 twins were born to Ralph and Eleanor (Kjellander) Gray in Minneapolis, MN. They named their daughter, Barbara and their son, Glen. The family moved to Osakis where Barb graduated from Osakis High School with the Class of 1958. She attended the Minneapolis School of Business for training to became a legal secretary and administrative assistant. She was united on August 11, 1962 in marriage to Vernon Lindemann at St. Olaf Church in Minneapolis. Barbara and Vern moved to Mound, MN, where their son Scott was born on October 30th, 1964. Barbara worked as a legal secretary and administrative assistant at several locations including Shirley Hills Elementary and Tonka Toys Company. While working as an administrative assistant for News Reality, Barb obtained her real estate sales license and became the top selling agent for several years in a row. In 1985 Barb and Vern moved to Sacramento, CA where she worked as the executive administrator for the Kiwi Grower's Association. After several years in California they moved back to Minnesota, then on to Dayton, Ohio for a few years until they returned to Minnesota and settled in Chanhassen. Most recently they have lived in Waconia, MN.
Barbara will always be remembered for her warm smile and the gift she had for making people feel special, whether a new friend or old. She had unwavering determination and when she set her mind to something, there was no stopping her. She loved to be outdoors, feel the warm sun and tend to her flower garden. Family was most important. Her favorite times were spent doing projects with Vern and attending the grandchildren's special events. No matter what was going on in her life, Barb made sure to keep in touch with her family, her sister Jane and twin brother Glen who called her on the phone most every day. Barb's determination and love of family drove her to join every activity she could whether it was a family gathering, yard work, construction projects or driving a motorcycle; if it gave her a chance to be with family, she was in. The only time Barb showed no mercy was when Vern wanted to leave a gathering early or you were on the other side of a checkers board. She was a doting and caring wife, mother, grandma and sister who will be dearly missed by her family and all who knew her. She was a gift to us all.
She is survived by her husband of 54 years, Vernon Lindemann of Waconia; a son and daughter-in-law, Scott & Sherri Lindemann of Rosemount; three grandchildren, Megan, Michael and Samuel Lindemann; her sister Jane Kasmaker of Alexandria, twin brother, Glen (June) Gray of Andover; several nieces and nephews. Barbara is preceded in death by her parents.
A Celebration of Life will be held for her on Friday, September 2, 2016 at 1:00 pm at the Roy-Hetland Funeral Chapel in Osakis with Rev. Greg Bilberg officiating. A gathering time will begin at the funeral home starting at 12 Noon on Friday. Arrangements are being handled by the Roy-Hetland Funeral Home in Osakis, MN.

To order memorial trees or send flowers to the family in memory of Barbara Lindemann, please visit our flower store.