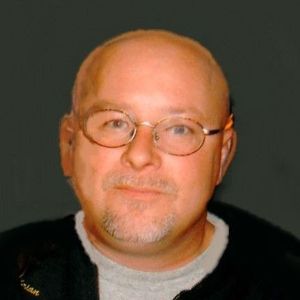 On October 23, 1963, Brian was born to Charles and Ellen (Handke) Bangtson in Mankato, MN. He moved with his family to Osakis and graduated from Osakis High School in 1982. At a young age, Brian was already out in the workforce, mowing lawns and working as a dock boy at Idlewilde Resort. He also worked as a gas station attendant for the Phillips 66 station in town. Brian was later hired by Douglas Machines in Alexandria where he learned to be a machinist. In addition, he took on various carpentry projects for area homeowners. In 2005, he was hired as a machinist by the Lind-Rite Precision Company in Osakis. It was while he was working there that a medical condition turned into a permanent disability that changed Brian's life. Because he became confined to a wheelchair, Brian was no longer able to do many of the outdoor physical activities he so loveda�"especially hunting with his dogs, fishing and arrowhead hunting. With the help of his fiancAC.e, Brenda, and their families, Brian learned to find new hobbies. He became a woodcarver and developed a passion for creating fish and duck decoys. He sometimes sold decoys for extra income though he preferred giving them as gifts more than selling them. And, with the help of friends and family, Brian was still able to go fishing. Brian was a generous member of the Osakis community including volunteering as a tutor for fourth grade students at Osakis Public School and is a member of Osakis Lutheran Church. He also enjoyed socializing with his buddies and following Osakis sports. But, mostly he loved riding in his motorized wheelchair on the bike trail with his beloved dog, Dozer, close by his side.

Brian will live on in the hearts of his family, especially his mother Ellen Bangtson, brother David Bangtson, sisters Karin Bangtson and Julie (Paul) Backes, and fiancAC.e Brenda Majerus, all of Osakis, and his nieces and nephews. He was preceded in death by his father, Charles Bangtson, in 1983, and brother-in-law John Leisz.

Memorial services for Brian will be held on Saturday, June 10, 2017, at 3:00 p.m. at the Osakis Lutheran Church with the Rev. Rich Fitzer officiating. Music will be provided by organist Vicki Hinrichs and soloists Brody Uhlenkamp and Bill Handke. Honorary urn bearers are Brian's past and present caregivers from Knute Nelson Home Care: Jim Backes, Gary Brekkestran, Tim Hinrichs, Todd Johnson, Curt Kalpin, Bruce Massman, Russ Schoeck, and Roger Stankey. Urn bearer is Brenda Majerus.
Visitation hours are from 4 - 8 pm on Friday evening at the Roy-Hetland Funeral Home in Osakis and one hour before the service at the church.

Brian and Brenda's families thank you for your kind expressions of sympathy. Please know that although we can't respond to each kindness offered during this time, your expressions of love and support are deeply felt and appreciated.

To order memorial trees or send flowers to the family in memory of Brian Bangtson, please visit our flower store.