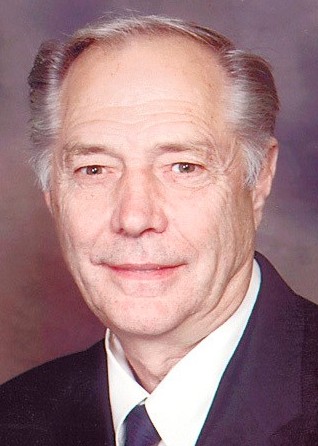 It is with heavy hearts we announce the sudden passing of Bryan T. Withers of Osakis, MN and former Douglas Co. Commissioner, who left this world for his new life early March 17, 2021 at the age of 78 years.

Memorial services for Bryan will be held on Tuesday, March 23, 2021 at 11:00 am at Elim Lutheran Church in rural Osakis.  Livestream will be available at: www.facebook.com/ElimLutheranChurch on YouTube and also through this funeral home website.  A visitation will take place on Monday evening, March 22 at the Roy-Hetland Funeral Home in Osakis from 4 – 8 pm.  Inurnment will be in the West Evergreen Cemetery in Osakis.

Bryan was born on May 26, 1942 in Alexandria, MN to Robert and Frieda (Reichmann) Withers.  He grew up on the family farm in Osakis Township and graduated from high school with the Class of 1960.  He loved the land and farming and working with his dairy herd.  He was married in 1970 to the woman who not only caught his attention but quickly captured his heart.  She was a beautiful country girl named Lois (Heid) who also understood the many benefits of living on a farm.   Together they bought and worked their own farm in Orange Township for many years and were blessed to raise two children, Tara and Troy.  Bryan knew what it meant to put in long hours and still find time to be a caring husband, Dad and brother.  He also found time to donate many of his evenings and weekends to serve others by being on several area boards.  Bryan served for many years on the Orange Township Board, in addition to the Runestone Electric Board, Douglas County Fair Board and the Sauk River Watershed District.  Being elected to serve as a Douglas County Commissioner was an honor he took pride in and he gave it much of his time and attention.  Bryan valued the benefits of rural living and worked lifelong to preserve and protect those who lived there too.  He loved being outdoors and spending time in the woods.  He looked forward to deer hunting each fall and summer trips to Canada for fishing.  Over the years he belonged to bowling leagues and played in card groups as Bryan really enjoyed people and socializing.  Winter snowmobiling was another way he had fun with family and friends.  His greatest pride and joy however, was in being called Grandpa and he especially loved to spoil his grandkids.

Bryan will live on in the hearts of his children and grandchildren, Tara (Tom) Thoen of Windsor, CO and Troy (Molly Ly) Withers of St. Paul, MN; 5 grandchildren; his siblings, Lloyd (Joanne) Withers of Black Duck, Harold (Kathy) Withers of Osakis and Anita (Dean) Oeltjen of Villard; many nieces and nephews.

He will be welcomed into glory by his wife, Lois Withers; his parents and siblings, Bob & Frieda Withers, Wayne Withers and Dorothy Evert; a niece, Sandy Oeltjen.

Memorial services for Bryan will be held on Tuesday, March 23, 2021 at 11:00 am at Elim Lutheran Church in rural Osakis with Pastors Lindell Quam and Peter Reishus.  A visitation will take place on Monday evening, March 22 at the Roy-Hetland Funeral Home in Osakis from 4 – 8 pm.  Inurnment will be in the West Evergreen Cemetery in Osakis with urn bearers by his children.  Honorary bearers are Darrell Bearson, Mike Kral, Rick Loxtercamp and Chub Hensley.

Condolences and memories may also be left for Bryan on his Tribute Wall page at www.royhetland.com.   Arrangements by Roy-Hetland Funeral Home in Osakis, MN.

To order memorial trees or send flowers to the family in memory of Bryan Withers, please visit our flower store.