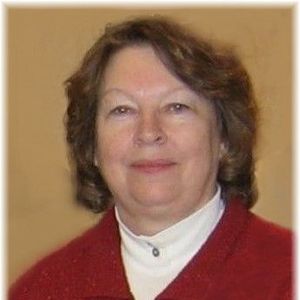 Carol Mihalchick, founder and former owner of the Just Like Grandma's Boutique and Tea Room in Osakis, passed away on Monday, January 30, 2017 from her home in Osakis, MN.
A celebration of Carol's life will be held on Saturday, Feb. 18, 2017 at 2:00 pm at the Osakis Lutheran Church in Osakis, MN, with a gathering time beginning at 1:00 pm at the church. There will also be a gathering for friends of Carol on Monday, Feb. 20, 2017 from 3 - 7 pm at the Brightwood Hills Golf Club in New Brighton, MN. Inurnment will be at Ft. Snelling National Cemetery in Minneapolis, MN.
Carol Jean Malmstrom was born in Minneapolis, Minnesota, on February 18, 1942, the third of the four daughters born to Arthur and Evelyn (Farrell) Malmstrom. During high school, she was an editor of the school newspaper. She also often walked about two miles to her job as a carhop at Big Boy's Drive-In in North Minneapolis. She was a server at the Forum Cafeteria in downtown Minneapolis. She graduated from Patrick Henry High School and began dating classmate Steve Mihalchick in the spring of 1960. She began taking classes at the University of Minnesota, but soon began working in the office of the scientific labs and then in the payroll department at the University. She married Steve on September 5, 1964. After Steve graduated from college, Carol spent the next six and a half years with him in the Air Force. They were moved around the country. Son Steve Jr was born while they lived in Florida. Carol and Steve Jr lived in Minnesota while Steve served a year in Southeast Asia. John was born while they lived in Oregon. In 1971 they returned to Minnesota and made their home in Fridley, then Columbia Heights. Andrew was born in Minnesota. Carol was very involved in her sons' schooling, activities and sporting events. She served on the Columbia Heights school board for several years. She ran for Mayor of Columbia Heights. Carol worked for the Minneapolis Star and Tribune in the Classifieds Department. She also took several craft classes and started producing and selling crafts and dAC.cor. She participated in several boutiques and eventually formed a partnership with friend Joanne Piepho and bought and operated three boutiques. But she dreamt of opening a store.

In 1984, Carol visited Osakis with a long-time friend whose parents had retired to Osakis. They spotted a for sale sign in front of a Victorian house on Main Street. They got a tour and Carol quickly realized this could be her store. She consulted with many people and told Steve that she could make it pay for itself. So they bought it. In May 1985, Carol opened Just Like Grandma's. She was right; it quickly became a well-known tourist destination. As the business grew and additional buildings were added, carloads of women and busloads of visitors travelled to Osakis to experience the charm of the Bed and Breakfast, Tea Room and antique and shopping boutiques that blossomed out of Carol's dream.

For 30 years Carol employed many Osakis people, especially students, who were excited to be part of the Just Like Grandma's family. She became active in the local Chamber of Commerce and held a leadership role as president for ten years. Carol brought a much-needed spark to town, hosting and organizing yearly arts and crafts festivals, annual local garden tours and the very popular Grandma's 5K run. Never quite satisfied with the local government, she ran for Mayor of Osakis seeking change and progress for her town.

Carol was certainly not one to sit still, or even sit at all, unless of course she was in the middle of restoring or producing a quilt, another of Carol's many passions and talents. She was not only instrumental in opening a quilting store in town but organized the Quilts Along the Trail group and event as well. This yearly Osakis celebration is held in September where the Central Lakes Trail and Lake Wobegon Trail meet in Osakis. Music, food and many locally-made quilt displays always made it another well-attended Osakis success story of which Carol was an integral part. Her leadership and creative mind never ceased to amaze those who were lucky enough to know and work with her. After she saw a small park in the center of a small town, she decided that the vacant Empress Theater lot next to AJ's CafAC. in Osakis would be a nice garden park. She started organizing and got it done. She got volunteers to paint quilts on the Chiroprator's building. He loved it. She got workers to build raised flower beds; she got gardeners to plant and maintain the gardens. She found sculpture trees to decorate it. It is another of her dreams fulfilled and another pleasant spot in Osakis.

In addition to her full schedule of family, business and civic duties, Carol still managed to enjoy time with family and friends at the lake home she and Steve retired to in 2001. She relaxed by spending time in her gardens, visiting casinos whenever she could, playing cards (esp. Bridge and 500) and going shopping. Whether it was to look for new quilt patterns and fabrics, DIY projects or the many boutique items old and new that she found, Carol never lost her love of discovery. She was a wonderful wife, mother, grandma, sister, employer and business woman who made a lasting mark on the little town of Osakis, which became her final home

Carol will live on in the hearts of her husband, Steve Mihalchick of Osakis; sons, Steve (Jackie) Mihalchick of Loveland, CO, John (Janet Heupel) Mihalchick of Maple Grove, MN and Andrew (Elizabeth) Mihalchick of Coon Rapids, MN; nine grandchildren; sisters Barbara Tilbury of Golden Valley/Osakis and Mary (Alan) Poulsen of St. Louis Park and many cousins, nieces and nephews and countless associates and friends. She is preceded in death by her parents and a sister, Jillayn Duncanson.

A celebration of Carol's life will be held on Saturday, February 18, 2017 at 2:00 pm at the Osakis Lutheran Church, with gathering time beginning at 1:00 pm. Music will be provided by violinists Ing-Mari Ryan and Pamala Gahr, daughters of one of Carol's cousins. A light luncheon will follow the celebration.

There will also be a gathering for Carol's friends and family on Monday, February 20, 2017 from 3:00 to 7:00 pm at the Brightwood Hills Golf Course in New Brighton. This is where the Rice Creek Boutique has been conducted by Carol and Joanne and other boutiquers for many years.

A private inurnment will be held at Ft. Snelling National Cemetery.

To order memorial trees or send flowers to the family in memory of Carol Mihalchick, please visit our flower store.