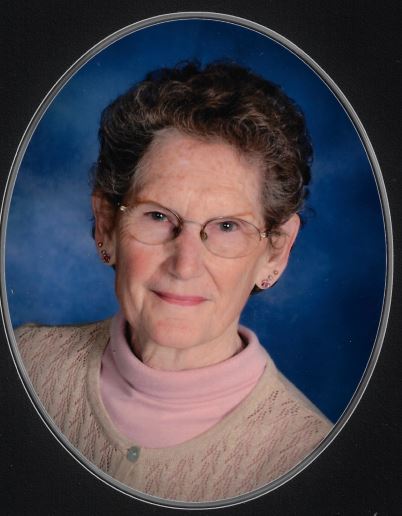 Catherine “Marie” Cesafsky, age 78 of Osakis, MN, formerly of Le Center, MN died July 26, 2019 at her home surrounded by family, after a short but brave battle with cancer.

Marie was born on December 19, 1940 in Waterville, MN to Clyde and Gladys (Campbell) Miller.  She grew up in Outlook, WA and graduated from Sunnyside High School in 1958.  Marie (as she liked to be called) was united in marriage to Ronald Michael Cesafsky on June 16, 1962 at St. Joseph Catholic Church in Lexington, MN.  She worked for over thirty years as a Dietary Aide for Central Health Care in Le Center, MN, after her husband’s death.  Upon retiring in 2003, she moved to a home in Osakis, MN.  Since 2016, Marie has lived with her daughter in Osakis, MN.  Marie belonged to the Osakis Lutheran Church and served on various committees.  Always quick to volunteer, Marie generously gave of her time to help many organizations.  She was a former Girl Scout leader and also taught Sunday School.  When her granddaughters were attending St. Agnes parochial school, and the school was in need of someone to help with the lunch program, Marie cheerfully agreed to volunteer.  She loved spending time with all of her nine grandchildren and eight great grandchildren.

Besides hobbies such as knitting, embroidery, oil/acrylic painting and making wood crafts, Marie was also a music lover, who in retirement learned to play the piano.  She delighted her family by performing in numerous recitals.  She kept her mind sharp by doing crossword puzzles and also enjoyed traveling and card-playing.  She was a caring, fun-loving mother, grandma and sister who touched many lives with her wit, kindness and compassion.  She was a bright, shining light who will be dearly missed and lovingly remembered.

Ready to greet her were her parents, her husband, Ronnie (1973), and an infant brother, Donald.

A private family Celebration of Life service will be held at a later date.

Arrangements handled by the Roy-Hetland Funeral Home in Osakis, MN.

To order memorial trees or send flowers to the family in memory of Catherine Cesafsky, please visit our flower store.