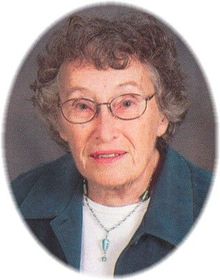 Life History for Char Forsberg-Mahoney
Char Forsberg Mahoney, age 86 of Osakis passed away unexpectedly on Tuesday evening at her home in Osakis, MN.
Charlene Ann Quinn was born on June 26, 1927 in Belle River Township, Douglas County, MN to Leo and Lucy (Spieker) Quinn. As a young girl, Char moved with her family into Osakis and she graduated from Osakis High School. She attended and graduated from the St. Cloud School of Nursing program. On November 4, 1948 Char was united in marriage to LeRoy Forsberg. They lived in St. Cloud where Char was employed at the St. Cloud Hosptial. In 1977 they built a home and moved to Osakis, MN. Char continued her nursing career at the Douglas County Hospital in Alexandria, MN, retiring in 1995.
Char had a spirit to serve and carried out that gift by belonging to many organizations. She was a member of the Immaculate Conception parish and was very active in several church groups such as the Christian Mothers, St. Elizabeth's Mission Group, the Calvary Cemetery Committee and also as a lector and Eucharistic Minister. She was involved with the St. Cloud School of Nursing alumni, the Osakis V.F.W. Auxiliary and the Community Memorial Home Auxiliary. In addition, she was a founder of a local Red Hat women's group and belonged to MN Dark House Angling Association.
Continually on the move, Char was a life-long learner and had many interests and hobbies. She especially loved to quilt, sew or workout in her garden. She did lots of canning each year, liked to chop wood and kept her gun handing should any varmints trespass her garden. She liked to go deer hunting, fishing and card games, esp. cribbage. She was an avid read and an excellent cook who was well known for her rhubarb pies. She enjoyed purple martins and had several martin houses. Char had a caring interest in everyone she met and made friends easily. Her greatest joy however, was being with her family and grandchildren. Many will miss her warm smile and compassionate presence.
She is survived by her children, Michael (Julie) Forsberg of Sartell, Steven (Margaret Olson) Forsberg of Rolla, MO, Paul Forsberg of Osakis; 4 grandchildren; 4 great grandchildren; a sister, Sr. Jeanette Quinn, OSF of Little Falls, MN; many nieces and nephews.
Preceding her in death are her parents, her husband, LeRoy Forsberg who died in 1986 and her brother, Roger Quinn.
A Mass of Resurrection will be held on Monday, October 14, 2013 at 10:30 am at the Immaculate Conception church in Osakis with Fr. Dave Petron officiating. Interment is at the Calvary Cemetery with honorary pallbearers being the members of the Osakis VFW Post Auxiliary, the Community Memorial Home Auxiliary and the Christian Mothers Society. Active pallbearers are Mark, Tim and Allen Quinn, Eric Forsberg, Tom Winchester and Tim Bruder. Arrangements by the Roy-Hetland Funeral Home.

To order memorial trees or send flowers to the family in memory of Char` Forsberg Mahoney, please visit our flower store.