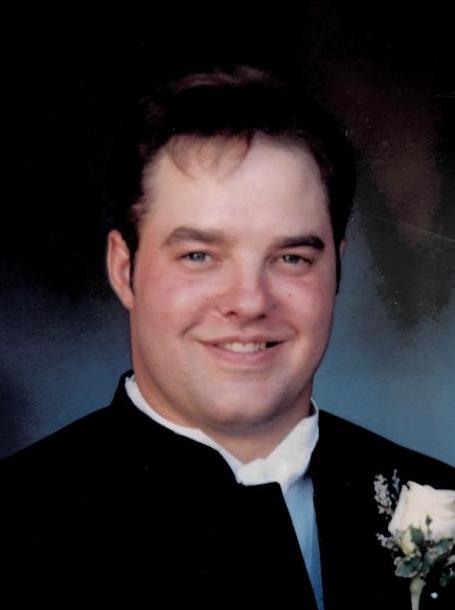 Life changed in an instant for our family, when our beloved husband, dad, son and brother, Chris George, age 49 of Osakis left us unexpectedly on Saturday, Dec. 5, 2020 after a sudden heart attack.

Christopher Alan was the middle child born to Robert and Mary (Kennedy) George.  He arrived on April 13, 1971 from the St. Michael’s Hospital in Sauk Centre, MN.  He attended Osakis Public Schools and graduated with the Class of 1989.  He was a natural athlete who continued to play football for two more years for the University of MN, Crookston campus.   He then attended St. Cloud Technical College to complete his electrical degree, following in his father’s footsteps.  He became a Master Electrician and was the third generation of electricians to run the George Electric business.  He married his soulmate, Jenni May on September 19, 1998 at Christ the King Church in Browerville, MN.  They made their home in rural Osakis and became the parents of two daughters, Kennedy and Ellie, and a son, Reggie.  They are members of the Immaculate Conception parish in Osakis.

Sports were always a big part of Chris’s life, whether participating himself or cheering from the stands.  First and foremost, he was a very loyal Osakis Silverstreak fan, but he also loved to cheer for his favorite college team, the Oklahoma Sooners.   He followed the team every season, faithfully watching all their games.  However, Chris’s greatest joy came when he was able to coach and/or watch his own children’s sports.   Chris was always in the stands to cheer on his daughters in their sports of softball and tennis, and was at the football, baseball and wrestling meets for his son.  He was an active member of the Osakis Wrestling Club, but also took interest in his children’s academics and was currently serving as a member of the Osakis School Board.

Some of Chris’s other interests included deer hunting and ice fishing.  Like his father, he also loved collecting things, especially his beloved Ford Mustangs, which he would buy and sell. Chris loved to cook and in large enough amounts to feed a crowd. He’d fill his trusty Traeger smoker/grill with food for all.  He would also make soups, chilis and other delicious crock-pot meals.

Chris’s kind heart gave him the unique ability to make everyone he came in contact with feel welcomed.  He will be truly missed by all.  Heaven gained one of the great ones.

He leaves behind the family he so cherished, his wife, Jenni and children, Kennedy, Ellie and Reggie George, all of Osakis; his mother, Mary George of Osakis and siblings, Robert (Cathy) George, III of West Point, UT and Stephanie George of Sauk Centre; his mother-in-law, Rosemarie ‘Topsy’ May of Browerville; many nieces and nephews, cousins and an untold number of friends.

Ready to welcome him into his new life is his father, Bob George, Jr. and his father-in-law, Herbert May; his sister, Steph’s life-long partner, Neil Marty and his nephew, Dalton May.

A Mass of Resurrection will be held for Chris on Saturday, Dec. 12, 2020 at 12 Noon at Christ the King Catholic Church in Browerville, MN with Fr. Mitchell Bechtold officiating, open to the public until capacity is reached.  The funeral will also be livestreamed and viewable from the funeral home website and at fivestarareacatholiccommunity on their YouTube or Facebook page. Readers are Kipp Stender and Tony Fischer and Eucharistic Ministers are Ramona Steimnetz and Jeff Brown.  Musicians are Barb Spychalla, Bob and Joan Schueller.  Interment is at the Calvary Cemetery in Osakis with honorary bearers, Jim Davis, Larry Korteum, Pat Walsh, Jay DeCann, Mason Stender and Monique Wierzbinski.  Active casketbearers are Jason and Justin George, Bob George, III, Bobby George, IV, Jack Lano, Carter Marty, Mitch Pease, Danny Kamphenkel and Brendon Coyer.

Condolences and memories may be left under Chris’s Tribute page at   www.royhetland.com.

To order memorial trees or send flowers to the family in memory of Chris George, please visit our flower store.