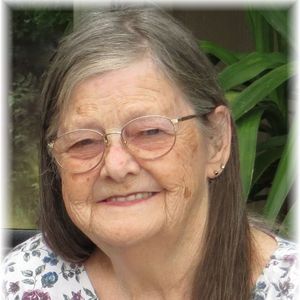 Cleo Anderson, age 84 of Osakis passed away late Monday evening, Nov. 21, 2016 at the Community Memorial Home in Osakis, MN. Funeral services will be held on Sunday, Nov. 27, 2016 at 2:00 pm at Salem Lutheran Church in rural Osakis with Rev. Steve Hilde officiating. Interment is in the church cemetery. Visitation hours are from 4 - 7 pm on Saturday evening at the Roy-Hetland Funeral Home in Osakis, MN.

Life History for Cleo Anderson
Cleo Anderson, age 84, of Osakis, MN entered into her new life on Monday, November 21, 2016, only nine months after the passing of her loving husband, Norman Anderson. She currently lived at the Galeon in Osakis.
Cleo Theresa Johnson was born on January 11, 1932, to Lewis and Christine (Fordahl) Johnson in Osakis. She grew up in Gordon Township, Osakis and was baptized and confirmed at Salem Lutheran Church. On June 18, 1950, Cleo married her sweetheart, Norman Anderson also at Salem and they were married for over 65 years. They lived and farmed east of Osakis. In her early years Cleo worked as a housekeeper for Black's Resort and the Walleye Lodge, where she also worked in the kitchen. Cleo was a life-long member of the Salem Lutheran Church and belonged to the Ladies Aide, having served as a past president. She also sang in the church choir and was active as a Sunday School teacher and Superintendent. Cleo wrote for the East Central Gordon News/Osakis Review for many years. She was a member of the Sons of Norway, the Todd County Farmers Union and the Little Sauk American Legion Auxiliary.
Cleo was a talented seamstress and made outfits for her family for many special occasions, including bridesmaid and wedding dresses, men's suits and more. She liked to quilt and crochet and gave away many beautiful projects as gifts. She also liked to work in her flower garden, travel and go dancing. She loved music, played the guitar and after Norman retired they loved to camp and go to bluegrass festivals all around the Midwest. She volunteered her time at church, in the community and at the Douglas Co. Hospital. Many neighbors and friends also counted on her to be their haircutter and stylist. She enjoyed working on puzzles (especially word finds) and was an avid rock collector. Cleo loved her grandchildren dearly and played many games of Yahtzee and cards with them over the years. She was a devoted and loving mother and grandmother who will be dearly missed by her family and friends.
She is survived by her children, Cheryle (Myron) Larson of Alexandria, Patricia (Mark) Welshinger of Marcell, MN, Lacinda 'Cindy' (Paul) Christensen of Osakis, Annette (Gary) Steintl of Becker and Troy Anderson of Columbia Heights; 11 grandchildren, Jamie Larson, Mickey (Stephanie) Larson, Christopher and Sara Kiesling, Anthony Christensen, Yvonne (Missy) Christensen, Melissa (Caleb) Butler, Marcus Christensen, Ashley Anderson, Danielle (Gerald) Hollenzer and Dane (Richelle) Anderson; 9 great grandchildren; sister-in-law, Mona Johnson of Glenwood; and many nieces and nephews.
Preceding her in death are her parents, her husband, Norman Anderson (in February of 2016), son-in-law, Paul Kiesling; sister, Mildred Hasselstrom and brother, Lloyd Johnson.
Funeral services will be Sunday, Nov. 27, 2016 at 2:00 pm at Salem Lutheran Church with Rev. Steve Hilde officiating. Special music is provided by Cleo's children. Internment is at the church cemetery with her grandchildren as pallbearers and honorary pallbearers.
Arrangements were handled by the Roy-Hetland Funeral Home in Osakis, MN.

To order memorial trees or send flowers to the family in memory of Cleo Anderson, please visit our flower store.