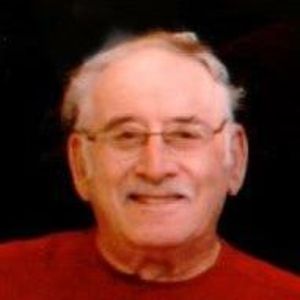 LIFE HISTORY FOR CONRAD PFEFFER
Conrad Pfeffer, age 87 of Osakis, passed into his new life on Tuesday, July 28, one day before his 88th birthday from a care facility near Nelson, MN.
On July 29, 1927 a son was born to Henry and Mary (Shalko) Pfeffer, who were Austrian immigrants that were new to America. Conrad grew up on a farm in central Minnesota and enjoyed working the land and dairy farming. He farmed near Belle River and then moved to a farm near Padua (just south of Sauk Centre, MN) for twelve years. Conrad was united in marriage to Theresa Oldakowski on June 17, 1954. They began farming southwest of Osakis in 1965 and farmed there for over forty years.
Conrad was a member of the Immaculate Conception parish in Osakis and belonged to the National Farmer's Organization and the local Farmers Union.
Connie loved music, especially polka and country. He could play the accordion and enjoyed any type of old time music, whether playing it, dancing to it or just listening. He was also a baseball fan and went to many of the local games. Conrad was also proud of his farming heritage and drank milk every day.
He is survived by his son, Dale (Kim) Pfeffer of Osakis, daughters, Marlys (Will) Costello of Ventura, CA and Melissa (Tim) Baas of Nelson, MN; 6 grandchildren; 1 great grandchild; brother, George Pfeffer of Eden Valley, MN; sister, Mary Sieben of Eden Valley, MN; sister-in-law, Billie Pfeffer of Dallas, TX; many nieces and nephews.
Preceding him in death are his parents, a son, LeRoy Pfeffer in 1980; brothers, Nick, John, Steve and Ludwig 'Bud' Pfeffer; sisters, Katherine Westerberg and Ann Uderman.
A Mass of Resurrection was held for Conrad on Friday, July 31 at 2:00 pm at the Immaculate Conception Catholic Church in Osakis with Fr. Dave Petron officiating. Special accordion music was provided by Bobbi Galvan. Interment is at the Calvary Cemetery in Osakis. Honorary pallbearers are grandchildren, Harliann Baas and Brooke Pfeffer and great grandchild, Logan Pfeffer. Active bearers are son-in-law, Tim Baas, grandchildren, Jordon Baas, Jamie and Shawn Pfeffer, Charity Kuperus and nephew, Gary Westerberg.

Arrangements are by the Roy-Hetland Funeral Home in Osakis.

To order memorial trees or send flowers to the family in memory of Conrad Pfeffer, please visit our flower store.