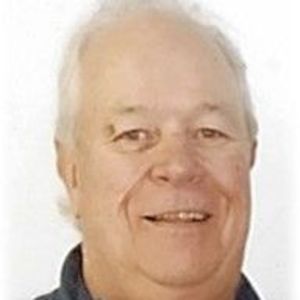 Craig Schoeck, age 62 of Osakis entered into his new life on Monday, January 1, 2018 from the St. Cloud Hospital in St. Cloud, MN with his family by his side after a brave battle against pulmonary fibrosis.
On January 21, 1955, Jake and LaVaun (Good) Schoeck gave birth to a son in Olivia, MN. They named him Craig Thomas and he was one of a family of six children. He graduated from Osakis High School with the Class of 1973 and enjoyed participating in multiple sports, as he was a natural athlete. On April 18, 1974 he was united to Ronnah Hawkins at the Osakis Lutheran Church. He served his country by enlisting in 1974 in the United States Air Force. He was trained as an Air Traffic Controller and was honorably discharged in 1978. When he returned to Osakis, Craig was hired by the 3M Company in Alexandria, MN. He worked his way up from lineman to Quality Control and retired in 2012. He was an active member of Fahlun Lutheran Church, serving on the church council as past president and was also on the cemetery board. As an avid outdoorsman, Craig was a member of two sporting clubs, both the Osakis Sportsman Club and Pheasants Forever. He loved kids and especially enjoyed getting them involved in nature and finding the beauty of God's creations. Watching the many bird varieties that came to his feeders and planting wildlife food plots with his faithful yellow labs by his side were other favorite activities. Craig was a doting father and grandpa who loved to take in his family's many sporting events as their number one fan. Watching pro sports and the fishing channel on television at home in his chair was another way Craig would relax. He kept busy each fall canning the produce from his garden and always looked forward to visiting with friends at the neighborhood card club gatherings.
Craig was a kind and caring husband, father, grandpa and brother who will be dearly missed and lovingly remembered. And in a final loving act, Craig became an organ/tissue eye donor, to help others with the gift of sight.
He will live on in the hearts of his wife and family, Ronnah Schoeck of Osakis; his daughters and sons-in-law, Sara & Jason Otto of Ocheyedan, IA, Stacia & Jeff Johanson and Amy & Jason Weisser, all of Osakis; 13 grandchildren; 4 siblings and spouses, David & Sharol Schoeck of Hines, MN, Todd & Kim Schoeck of Walker, Tim & Julie Schoeck of Osakis, Russ & Janine Schoeck of Benedict; a sister-in-law, Jill Schoeck of Hudson,WI; many nieces, nephews, cousins and friends.
He is preceded in death by his parents, a brother, Dan Schoeck and a niece, Breanna Schoeck-Becthold.
A Celebration of Life memorial service will be held on Saturday, January 6, 2018 at 2:00 pm at the Fahlun Lutheran Church in rural Nelson, MN with Rev. Jeremy Pedersen officiating. Organist is Barb Sather and the inurnment will be at the Fahlun Church Cemetery. Honorary bearers are his card club friends, Doug & Carryl Vickerman, Ken & Sheila Olson, Gene & Connie Rasmusen, Ken & Susie Rutten and Tim & Joyce Hawkins.
A reception will take place following the service at the Osakis Lutheran Church, beginning at 3 pm on Saturday afternoon.
Arrangements are being handled by the Roy-Hetland Funeral Home in Osakis, MN.

To order memorial trees or send flowers to the family in memory of Craig Schoeck, please visit our flower store.