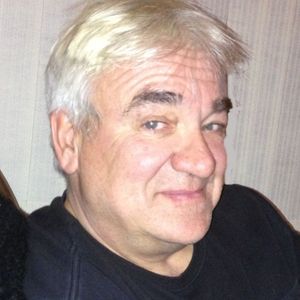 MEMORIAL SERVICE INFORMATION FOR DANIEL "DAN" WALTERS
Daniel "Dan" Walters, age 57 of Osakis, formerly of Bloomington, MN
died unexpectedly on Sat. March 14, 2015 at his home.
All are welcome to a "Graduation to Glory" Memorial Service to be held for Dan on
Saturday, March 28 at 11 am at the Osakis Community Center.
He is survived by his wife, Nancy Walters of Osakis; children, Nicholas
(Theresa) Walters, Mac Walters and Molly Walters, all of Bloomington,
MN; a grandson, Jackson Walters; his mother, Joyce (Jack) Klanderud of
Milaca; brothers, David Walters, Woodland Park, CO, Douglas Walters,
Bloomington, Darrell Walters, Mesa, AZ and James Walters, Cambridge,
MN; several nieces and nephews. He is preceded in death by his father
and a sister, Debra Meyer.

To order memorial trees or send flowers to the family in memory of Daniel Walters, please visit our flower store.