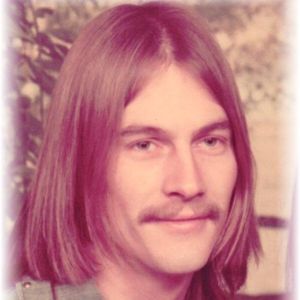 LIFE HISTORY for DANNY TUCKER
Danny Tucker, age 63 of Kensington, died unexpectedly and was found on November 13, 2015 in Lake Mary Township, Douglas Co., MN.
Danny Leonard Tucker was born on September 4, 1952 to Ralph and Mollie (Larsen) Tucker in Alexandria, MN. He graduated from Osakis High School and entered the U.S. Army. He attended school in North Dakota at Bismarck University, specializing in Power Plants. He graduated with honors and went to work in the oil fields in California, Colorado and North Dakota running a seismograph. He also became interested in beekeeping and maintained colonies that he transported each year from North Dakota to winter in California. Fifteen years ago he moved back to the Alexandria area and began doing trapping. Danny was a member of the North American Fur Traders Association. He loved being outdoors and working on his traps. He went hunting and fishing throughout the year. He spent many hours tanning hides and doing woodworking projects and especially liked working with diamond willow. He was a fan of rock and roll music, especially heavy metal and he liked his music turned up loud. He loved his kids and grandkids and will be missed by his family and friends.
Danny is survived by his children, Shawn Tucker of New Town, ND, Marshall (Yolanda) Tucker, also of New Town, and Forrest Tucker of Parshall, ND; 3 grandchildren, Alex, Bentley and Jayden; his mother, Mollie Tucker of Osakis; siblings, Tommy (Marie) Tucker of Hancock, Mark Fisher of Ohio, Judy (Bob) Gearey of Hutchinson, Vickie (Bob) Page of Grand Rapids, MI, Ethel (Tom) Asleson of Fergus Falls, Lisa Tucker of Osakis; many nieces and nephews.
He is preceded in death by his father, Ralph and his sister, Michele Tucker, both died in 2008.
Memorial services were held on Tuesday, Nov. 17, 2015 at 7:00 pm at the Roy-Hetland Funeral Chapel with Rev. Rich Fitzer officiating.
Arrangements by Roy-Hetland Funeral Home in Osakis, MN

To order memorial trees or send flowers to the family in memory of Danny Tucker, please visit our flower store.