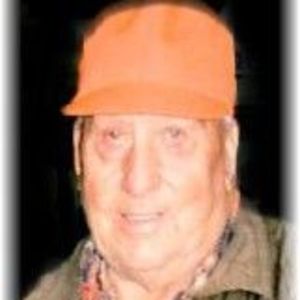 David Berg, age 87 of Osakis passed away on Thursday evening at the St. Cloud Hospital in St. Cloud, MN.
David Arthur Berg was born on October 27, 1929 in Orange Township, Douglas County, MN to Nels L. and Dorothy (Landmark) Berg. He graduated from Osakis High School and farmed with his father and brother, Sam. David served his country in the US Army from 1953 until 1955 and was a field radio mechanic. After his honorable discharge, he returned home and eventually took over the family farm. He lived and worked on the farm all of his life, finally moving off of the farm last year when his health required additional care. He had dairy cows and also raised beef cattle and did crop farming. He loved his animals and knew all there was to know about them. He loved nature and getting out hunting, especially for deer in the fall. David also enjoyed going to auction sales. He was an avid reader and kept a deck of cards handy to play solitaire when time allowed. He moved to the Nelson Gables in Alexandria in 2016, transferring to West View Assisted Living after the first of the year.
He is survived by his nieces, nephews and their families.
Preceding him in death are his parents, five brothers, Leonard, Clarence, Norris, Martin and Salmer 'Sam' Berg; his sisters, Ann Crawford and Helen Berg.
Memorial services for David will be held on Thursday, March 16, 2017 at 2:00 pm with Rev. James Walberg officiating. Inurnment will take place at the Lakeside Cemetery in Osakis. A gathering time will begin on Thursday at the funeral home starting at 1:00 pm.
Arrangements handled by the Roy-Hetland Funeral Home in Osakis, MN.

To order memorial trees or send flowers to the family in memory of David Berg, please visit our flower store.