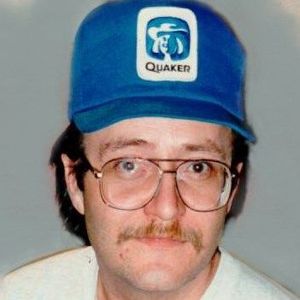 David Proell, age 59 of Alexandria died early on Wednesday, May 6 at the Bethany Home in Alexandria, MN.
David Joseph Proell was born on May 16, 1955 in Sauk Centre, MN to Ervin and Gladys (Wallin) Proell. He graduated from Jefferson High School with the class of 1973 and enlisted in the U.S. Air Force, taking his basic training in San Antonio, TX. He was then stationed in England for 2 years and then for over seventeen years he served out of Grand Forks, ND. On September 15, 1974 he married Lynn Murra. They had two children. When David returned to live in Alexandria in 1993, he met Shirley Englin. They had three kids. He began working first for Tastefully Simple and then for SunOpta. The last eleven years he has been employed at Alexandria Extrusion.
Besides spending time with his family and grandkids, David also enjoyed going fishing, playing horseshoes and bean bag toss and socializing with his friends. He was a big sports fan and liked to cheer on his favorite teams.
David is survived by his special companion, Shirley Englin of Alexandria; 5 children, David (Erica) Proell, Jr. of LaPorte, TX, Amanda (Leo) Salto of Janesville, WI, Holly Proell of Nelson, MN, Christopher Proell and Samantha Proell, both of Alexandria, MN; 6 grandchildren, Zack, Chloe, Levi, Krista, Aiden and Sebastian; 5 siblings, Linda (Harvey, Sr.) Bolstad and Debbie Radermacher, of Alexandria, MN, Cherylle (Ken) Duerr of Freeport, Steve Proell of Fergus Falls, Kevin (Deb Fleming) Proell of Eagle Bend; a sister-in-law, Judy Peterson of Alexandria; many nieces and nephews.
Preceding him in death are his parents, two sisters, Patricia and Sandra and two brothers, Bruce Wallin and Ronald Proell; a sister-in-law, Kim Proell.
Funeral services will be held on Wednesday, May 13 at 2:00 pm at the Roy-Hetland Funeral Home in Osakis. Inurnment will be at the Calvary Cemetery in Osakis, MN. Honorary pallbearers are Cliff Wolters and all of the employees at Alexandria Extrusion.

To order memorial trees or send flowers to the family in memory of David Proell, please visit our flower store.