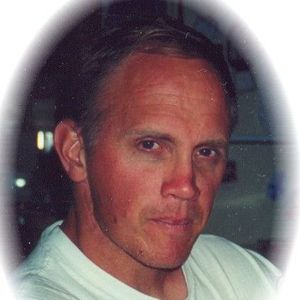 Life History for David Tomford
David W. Tomford, age 49 of Layton, Utah, passed away unexpectedly on Saturday, October 20, 2012 while hunting in the mountains.
David Wayne Tomford was born May 26, 1963 in Chula Vista, California to Jerald and Lois Lofquist Tomford. He moved with his family to Osakis, MN and graduated from Osakis High School in 1982.
David had retired as a Master Sergeant from the U.S. Air Force on December 31, 2002. He was trained in communications and had spent time in Okinawa, Japan for two years and on an outpost base in South Korea two different times where he set up the communications in that area. After 9/11, David was transferred from Louisiana to North Carolina to draw up the master plans for all of the communications that were to take place when the American troops got into Kuwait. He also served in South America, on both the east and west sides, trying to catch drug traffickers. While in the service he was married and divorced twice. (Being away from one's spouse for long periods of time is very hard on a marriage.)
David was a very quiet, kind and gentle man. There was not a lazy bone in his body. He was always ready to pitch in and help with any job there was to do and once he knew what needed to be done, he would do it. When his father and stepmother moved up to Park Rapids, he was waiting for the day when he could come home from the service and help his father finish the house, yard, workshop and garage. On his first visit there, he stayed until the winter was over and spring had set in. He kept their home warm, clean and welcome while his folks spent a month in Texas. He was able to spend a lot of time out in the fish house & made some friends while out on the ice, of whom he was very helpful to.
As summer time was getting close, David heard the Utah Mountains calling. He ran around up in the mountains throughout the summer. He loved living in Utah because of the mountains and the great hunting. Every fall he would go deer and elk hunting up in those beautiful mountains of Utah. He hunted with both his gun and also his bow and arrows and was a devout hunter by any sense of the word. He was also very good to older people, as he would take them to the grocery store and help them carry their groceries. He actually took many people shopping for anything at any store they wanted to go, whether men or women. Many times when his family would call for computer help, he would be at some store or another helping someone.
David is survived by his father and stepmother, Jerald and Judy Tomford of Park Rapids, MN; 2 sisters, Debra (Roger) Hvezda of Alexandria, MN and Fawn Geyen of Monticello, MN; 3 brothers, Vernon (Kay) Tomford of Warroad, MN, Lonnie (Cheri) Tomford of Miltona, MN and Dennis (Jill) Tomford of Alexandria, MN ; 1 stepsister, Kelly (Johnny) Saarela of Long Prairie, 3 stepbrothers, Dale (Carey) Hepokoski of Sebeka, Donny Hepokoski of Clear Lake and Troy Hepokoski of Sebeka; many nieces, nephews, aunts, uncles and cousins. David was preceded in death by his mother, Lois Lofquist Tomford and a stepsister, Connie Marie Hepokoski.

To order memorial trees or send flowers to the family in memory of David Tomford, please visit our flower store.