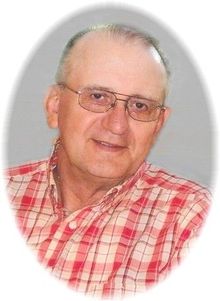 Delano 'Dale' Sorenson, age 66 of Alexandria, entered into the peace of Heaven from the Douglas County Hospital in Alexandria, MN on Sunday, May 6, 2012.
Delano Jerome Sorenson was born to Otto and Dagmar (Nelson) Sorenson on St. Patrick's Day, March 17, 1946 in Long Prairie, MN. Dale was confirmed into the Christian faith at the Long Bridge Lutheran Church in rural Osakis. He graduated from Osakis High School with the class of 1964. Dale served his country in the U.S. Army from 1965 until 1967 during the Vietnam War. After his honorable discharge, Dale returned to marry his high school sweetheart, Norma Judd. They were united in marriage on April 19, 1968 at the First Presbyterian Church in Osakis. Dale took schooling for Law Enforcement training at the Moorhead BCA rookie school and became a police officer with the Alexandria Police Department in 1970 (Badge Numbers #107 and #113.) He retired from the police force in 1996. He was a member of the New Life Christian Church in Alexandria. He also belonged to the Alexandria VFW Post #936.
Some of Dale's favorite things included anything to do with John Deere, NASCAR and local Go-Kart racing. He was always there to help and cheer on his grandkids at the Friday night go-kart races. He loved to help do kart maintenance and build kart motors. He also loved watching Shawn and Brady race stock cars at the Viking Speedway. Other hobbies Dale enjoyed were bowling, dancing and ice fishing. His favorite thing was spending time with his family. His kids and grandkids will smile when remembering his title of 'Motivational Academic Counselor' and the incentives he promised to help them get good grades. He was a caring and devoted husband, father, grandpa and brother who will be dearly missed by his family, relatives, neighbors and many friends.
Dale is survived by his wife of 44 years, Norma Sorenson of Alexandria; 4 children, Missy (Randy) Hansen of Alexandria, Kim (Shawn) Peterson of Elbow Lake, Darin Sorenson of Alexandria, Jason (Jennie) Sorenson of Starbuck; 8 grandchildren; brother, Harry (Brigitte) Sorenson of Las Vegas and a sister, Norma Vangstad of Coon Rapids, MN.
He is preceded in death by his parents, brothers, Arnold, Carlton and Odin Sorenson; sisters, Dolores Weingart, Velma Bushy and Dorothy Gustafson.
A Celebration of Life was held for Dale on Thursday, May 10, 2012 at 11:00 am at the New Life Christian Church in Alexandria with Rev. John Taplin officiating. Musicians were organist, Sue Ronning and soloists, Fred Walters and Wayne Claassen. Interment is at the Pleasant Mound Cemetery in rural Todd County with honorary bearers being his grandchildren and the members of the Alexandria Police Department. Active bearers were Roger and Doug Sorenson, Darrell Vangstad, Curt Judd, Carl Anderson, Denny Hildenbrand and Mike Schlosser. Military honors were provided by the Alexandria VFW Honor Guard, American Legion Post 87 and the MN National Honor Guard.

To order memorial trees or send flowers to the family in memory of Delano Sorenson, please visit our flower store.