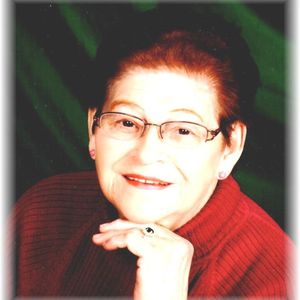 Delores M. Johnson
5/9/1931 - 8/12/2017
Delores Mae passed peacefully after a courageous sixteen month battle with pancreatic cancer. Throughout her journey she was surrounded by her loving family. She will forever be loved, cherished and missed.

Delores and Carl were married for 48 years and raised five children. Many hours were spent in her garden raising vegetables that would find their way to the canning jars by the hundreds. Her flower gardens were like entering the Garden of Eden. Never a weed in any garden she tended! She had the patience of a saint and spent many hours sewing, quilting, cooking and baking. Delores was the rosette queen along with many other kinds of Scandinavian delicacies.

Delores was a member of Osakis Lutheran Church and enjoyed and loved her Monday quilters group. She belonged to the Rachel Circle and she was a Merry Red Hatter.

She was employed at the Community Memorial Home (now Galeon) in Osakis for over three and a half decades and was an original member of the Memorial Home Auxiliary.

Arrangements handled by the Roy-Hetland Funeral Home in Osakis, MN

To order memorial trees or send flowers to the family in memory of Delores Johnson, please visit our flower store.