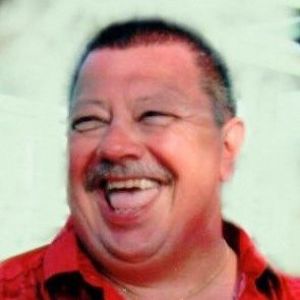 Dennis Kostrzewski, age 65 of Osakis, passed away on Saturday, August 1, 2015 at his home in Osakis, surrounded by his family. On May 6, 1950 a son was born to Ted and Grace (Szarcynski) Kostrzewski in Chicago, IL. They named him Dennis Joseph, and he attended St. Francis of Assisi grade school and Prosser Vocational High School. After graduating, Dennis went to college at DePaul University and received a Bachelor's Degree in Accounting and a Master's Degree in Business Administration and Finance. He worked as a controller and general manager for many companies throughout his career. On April 22, 1972 Dennis married Bernice Kurgan in Chicago, and to their union three children were born, Kyle, Kara and Katie. After retiring in 2011, the Kostrzewskis' moved permanently to Osakis, MN which had been their summer home for many years. Since becoming permanent residents, they have been busy running the Tip Top Dairy Bar. Dennis was also active as the vice-president of the Osakis Chamber of Commerce and as a bus driver for Osakis Public School. He had been a member of the Knights of Columbus in Lisbon, ND.
All his life, Dennis enjoyed working with numbers, keeping books and doing math, so it was no surprise that he enjoyed and was a natural at playing cards. He was also an avid Chicago Bears fan, a golfer and a fisherman, but the activity he enjoyed most was his time being a Grandpa. He was a kind, hardworking and loving family man who will be dearly missed by his family and the many relatives and friends he had throughout the Midwest.
Left to mourn his passing is his childhood sweetheart, loving wife and best friend of 43 years, Bernice Kostrzewski of Osakis; children, Kyle Kostrzewski of Osakis, Kara (Mark) Lakowske of Rockford, IL, Katie Kostrzewski of Plymouth, IN; two grandchildren, Jake Lakowske and Gracie Kostrzewski; his mother, Grace Kostrzewski and a brother, Ken Kostrzewski both of Machesney Park, IL; sister-in-law, Rose Laba of Roscoe, IL; and two nephews.
He is preceded in death by his father, Ted, a brother, Billy and a sister-in-law, Mary Ann Kostrzewski.
Funeral services will be held on Tuesday, August 4, 2015 at 10:30 am at the Immaculate Conception Catholic Church in Osakis with Fr. David Petron officiating. Visitation will be held on Monday, August 3 from 4 - 8 pm at the Roy-Hetland Funeral Home with a prayer service by 7:30 pm and also one hour prior to the service on Tuesday. Arrangements handled by the Roy-Hetland Funeral Home in Osakis, MN


To order memorial trees or send flowers to the family in memory of Dennis Kostrzewski, please visit our flower store.