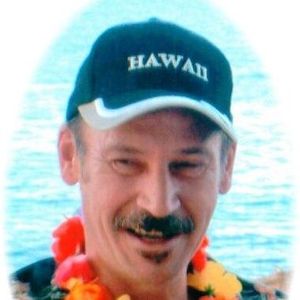 FUNERAL NOTICE FOR DENNIS REPP
Dennis Repp, age 55 of Osakis died unexpectedly on Dec. 16 at the St. Cloud Hospital. Memorial service is Saturday, Dec. 19 at 11:00 am at the Long Bridge Lutheran Church in Little Sauk Township with interment at the church cemetery. Visitation hours are from 4 - 8 pm on Friday evening at Long Bridge Church.
Arrangements by the Roy-Hetland Funeral Home in Osakis, MN.
Life History for Dennis Repp
Dennis James Repp was born on May 6, 1960 in Litchfield, MN to Harley and Evelyn (Dobratz) Repp. As a young boy he moved with his family to the Long Prairie area in 1962. He attended Long Prairie High School and then entered the U.S. Army, serving from 1980 to 1983. He was stationed in Germany for almost two years and was honorably discharged from Ft. Hood,Texas. Upon returning home, Dennis did dairy farming in the Alexandria area for ten years before he started driving milk truck for the Gutches Grove Creamery. He later was hired by the Osakis Creamery. In 2001, Dennis moved to Nevada and worked with his brother in the septic business. When he returned in 2007, Dennis was hired by Standard Iron in Alexandria, MN, where he was currently employed. He was married to LeAnn on November 24,2009 in Hawaii.
Dennis loved to be outdoors and especially enjoyed working in the woods cutting wood. He supplied many cords of wood for himself, his family and friends. He was always ready to hop on the snowmobile for a ride or do some hunting. Bowling and shooting pool were other hobbies he enjoyed. His favorite past time however was watching his grandson, Eli learn to walk and talk. He was a member of the Long Bridge Lutheran Church in Little Sauk, MN.
He is survived by his wife, LeAnn Repp of Osakis; a son, Adam (Josian Donovan) Repp of Alexandria; 3 stepchildren, Jacob (Nicole Schnell) Steele of Osakis, Joseph Steele of Effington, ND and Tarah Steele of Long Prairie; 5 grandchildren, Shelby and Tearza Repp, Mackenzie, Madeline and Eli Steele; siblings, Douglas (Marie) Repp of Long Prairie, Darrell (Cindy) Repp of Silver Springs, NV, Donald Repp of Swanville, Dean Repp of Long Prairie, Wanda (Douglas) Cannell of Fergus Falls, Mary Ann (Larry) Schultz of Long Pairie, Dale (Chanda) Repp of Las Vegas, Duane Repp of Fergus Falls; many nieces and nephews.
Preceding him in death are his parents, Harley (2015) and Evelyn (1995) Repp and a brother, David Repp in 1980.
Memorial services were held on Saturday, December 19, 2015 at 11:00 am at the Long Bridge Lutheran Church in Little Sauk, MN with Rev. Steve Hilde officiating. Organist was Ione Johnson. Military honors were provided by the Osakis VFW Post #7902 and MN National Guard Honor Guards with inurnment at the church cemetery.
Arrangements by the Roy-Hetland Funeral Home in Osakis, MN.

To order memorial trees or send flowers to the family in memory of Dennis Repp, please visit our flower store.