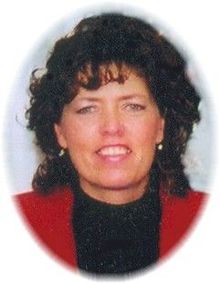 Life History for Diane Fortenberry
Diane Fortenberry, age 51 of Osakis died as the result of a home invasion in rural Osakis, MN on Friday, May 20, 2011.
Diane Kay (Mielke) Fortenberry entered this world on July 8, 1959 in Alexandria, MN. She was the second daughter born to Clarence C. and Dorene (Holder) Mielke. She was baptized and confirmed at Osakis Lutheran Church and graduated from Osakis High School with the class of 1977. During high school, Diane worked as a Candy Striper for the local nursing home. After graduating from Alexandria Technical College with a Sales and Marketing degree, Diane worked at the Stevensons and Patti Ann's clothing stores, and at the Cheese Shop at the Viking Plaza Mall in Alexandria. In the spring of 1989, she went to Yellowstone National Park in Wyoming and worked a seasonal job as a cook at Old Faithful Lodge. In the fall of '89, Diane moved to Hattiesburg, MS and worked for WalMart. It was here that she met Mike Fortenberry, who was wearing a pink shirt and cowboy boots. Diane said, "This is the guy I am going to marry!" On July 21, 1991 they did indeed get married at the Elk Square in Jackson Hole, WY. After settling back in Mississippi, they raised two sons and Diane also managed and worked as a 'poultry engineer' at the Wild Heart Poultry Farm they owned and operated. Even her cell phone ring was that of a rooster crowing! The Fortenberry's also owned the Shade Tree Auto Parts store (formerly a NAPA store) in Tylertown, MS for seven years. She was a member of the New Zion Baptist Church and sang in the church choir. In 2007, after Hurricane Katrina and their house fire, Diane and Mike sold their businesses and moved their family back to Diane's hometown of Osakis, MN. They built a home on family land overlooking Lake Osakis.
In 2008, Diane began working as a dispatcher for Hensley Trucking of Osakis. She enjoyed being able to be back home with her extended family to hunt, fish, and follow her son's sporting events. She loved horseback riding, her pets and all the birds and wildlife that country living provided. She was as comfortable on a tractor or doing farm repairs as she was dressed up for a fancy party. She loved to go to garage sales and make unique crafts. Diane was famous for her beef brisket barbecue and enjoyed having her family and friends over for cards, bonfires or a meal. She was often called by her nicknames of 'Louie' or 'Scrappy-Doo' and was always ready with a joke and a smile for anyone she met. She will be dearly missed by both her Minnesota and Mississippi families and the many friends, neighbors and coworkers she had over the years.
Diane is survived by her husband, Mike Fortenberry and two sons, Colter and Grayson Fortenberry, all of Osakis; her parents, Clarence and Dorene Mielke of Osakis; a sister, Dawn McNeal (Steven Herrmann) and a brother, Barry Mielke, all of Osakis; two nephews, Michael McNeal and Matthew McNeal ,and two great nephews, Jonathon & Gunar McNeal, all of Portland, North Dakota; her in-laws, Wyatt and Linda Fortenberry of Tylertown MS and one sister-in-law, Terri Fortenberry of Abita Springs, LA. She is preceded in death by her grandparents.
A memorial service will be held for Diane on Saturday afternoon, May 28, 2011 at 2:00 pm at the Osakis Public School Fine Arts Auditorium with Pastor Lois Burkart officiating and Chad Schwanke reading the Scriptures. A visitation will begin at 12 noon at the school and a reception will be held in the commons area after the service. Honorary pallbearers for Diane are the Mississippi groups of the Hattiesburg and Columbia Walmart Pharmacies, the New Zion Baptist Church members and the Baseball Mothers of Tylertown, MS. Local honorary pallbearers include the families of Hensley Trucking of Osakis, the Alexandria Midwest Machinery families and her softball team girlfriends.
Memorials will be used to purchase live trees to plant in Diane's memory.

To order memorial trees or send flowers to the family in memory of Diane Fortenberry, please visit our flower store.