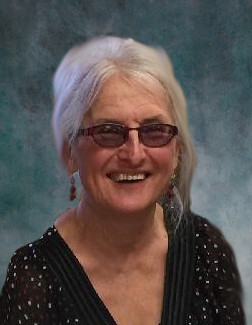 Diane Marie (Westphal) Knake was born on February 25, 1948, to Leonard and Mary (Semrau) Westphal in Yellow Medicine County, Granite Falls, Minnesota. She grew up in Atwater and the Kerkhoven area where she attended grade school and high school. When Diane found the love of her life, Les Knake, they dated for six months before marrying on June 10, 1966, at the Salem Lutheran Church in Comfrey, Minnesota. The couple began their married life in Springfield for a short time and then Sleepy Eye, Minnesota. Six years and two children later, the family moved to Long Prairie. Les and Diane worked together raising dairy cattle, hogs, sheep and beef cattle. They also specialized in raising quarter horses.

Diane worked outside the home and farm, including Griff’s Pizza, Geno’s and Drevlow’s Laundry. She also cared for elderly people and small children. In her younger years, Diane loved gardening and making meals for her family, especially the holidays. Later, her failing eyesight did not stop her from doing her horse chores. She loved all the comments she would get from people when they told her she had such beautiful horses. It made her day. She will be deeply missed by her family and friends.

Diane passed away at her home surrounded by her family in rural Long Prairie on Saturday morning, June 18, 2022, at the age of 74.  Diane is survived by her two children, Lisa (Todd) Goraczkowski of Staples, and Liana (Elroy) Georges Jr. of Lake George, Minnesota; grandchildren Cody and Amanda Georges and Tyler Goraczkowski; two great-grandchildren, Piston Georges and Adlynn Dukowitz. She is preceded in death by her husband, Les, parents, Leonard and Mary Westphal, and an infant brother; and  brother, Roy Westphal; and sister, Delores Bjork.

To order memorial trees or send flowers to the family in memory of Diane Knake, please visit our flower store.
Open