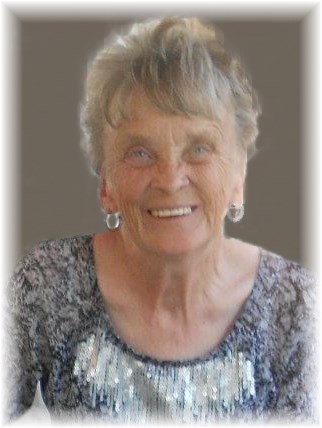 Diane Lynch, age 77 of Osakis, formerly Alexandria passed away on Tuesday, July 14 at the Alomere Health hospital in Alexandria, MN.  A visitation for family and friends will take place on Monday, July 20 from 5 – 7:00 pm at the Roy-Hetland Funeral Home in Osakis, MN.  A private family service will take place at a later time.  Please leave condolences and memories at her tribute wall at www. royhetland. com.  Arrangements by Roy-Hetland Funeral Home, Osakis

Diane Elaine Grosser was born on February 5, 1943 in Minneapolis, MN to Dan and Mary (Mason) Grosser.  When just a two year old toddler, Diane moved with her family to Glenwood, MN.  She attended Glenwood High School and on April 30, 1960 Diane married Richard ‘Dick’ Lynch in Glenwood, MN.  They moved to Osakis in 1963 and in addition to raising their five children, Diane also worked as a teacher’s aide for the Osakis Public Schools for sixteen years.  She was a member at Osakis Lutheran Church.  Later she would live in Alexandria, Garfield and also Waitsburg, WA before returning to the Alexandria/Osakis area where she attended the Lake Community Church in Alexandria, MN.

While she was raising her family, Diane was active at church, not only teaching Sunday School and release-time classes, but serving on the church council and helping with the ladies aide as well.  She also volunteered many hours of her time as a scout leader for both the Boy and Girl Scout Clubs, the Cub Scouts and Webelos while her children progressed through ranks of these clubs.  Some of Diane’s hobbies included doing beautiful handiwork such as quilting, crocheting and sewing.  She liked to raise a garden each year and enjoyed putting up canned goods to feed her family all winter long.  Diane was an avid reader, who especially enjoyed studying the Bible and attending Bible studies.  She was a gentle and approachable woman that others found comfortable to share their stories with.  Her empathy and warm smile made everyone feel safe.  She will be dearly missed by her family and friends.

Preceding her in death are her parents.

To order memorial trees or send flowers to the family in memory of Diane Lynch, please visit our flower store.