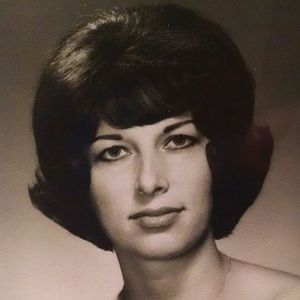 LIFE HISTORY FOR DIANNE WALSH
Dianne Kay Walsh, age 77 of Osakis, went home to heaven in the early morning hours of Monday, July 27, 2015 while surrounded by her eight precious children after a short but courageous battle with cancer.

Dianne Kay Foreng was born August 2, 1937 in McVille, North Dakota, the oldest child to Howard and Alice (Bolken) Foreng, and grew up in rural Pekin, ND. She was confirmed at Sheyenne Lutheran Church in rural Pekin and was educated at Bergen #2 country school and Pekin High School.

While growing up on the family farm, her childhood was filled with music and became a lifelong love of hers. Along with her cousin Sonja Halvorson, she won several talent competitions and became an accomplished pianist and singer, learning to play the piano by ear.

Dianne found success in the television industry early in her life, working in a number of different capacities at KXJB-TV in Fargo, ND, KNOX-TV in Grand Forks, ND, KOA-TV in Denver, CO and KRQE-TV in Albuquerque, NM. Following her career in television, Dianne returned to North Dakota and showed her persistence by obtaining her college degree, proudly graduating from North Dakota State University with a double-major in Choral Music and English. Her insistence on achieving a college degree set the tone for her children as well, with each of her eight children also receiving college degrees, bringing her great pride.

While at NDSU she met and later married James Edward Walsh of Minneapolis. Together they helped raise eight children, first in Hendrum, MN and then for the past 48 years in Osakis, MN.

Following their move to Osakis, Dianne taught Music and English in several different stints in Osakis, Long Prairie and Alexandria. Outside the classroom, Dianne also proudly directed several plays and choirs. Further, she was a Home Interiors consultant for 10 years and served on a number of boards, including the Viking Library board for nine years.

Though she found success in many avenues, Dianne's proudest accomplishment in life was her family, which included 8 children, 22 grandchildren and 7 great-grandchildren. Much of Dianne's time was spent crisscrossing the area to see ballgames, concerts, plays and any other activities that her family was a part of. Dianne was also very proud of her Scandinavian heritage, and regularly pointed out her purebred Norwegian ancestry as a reason for her life's successes. Dianne will be remembered best for her genuine kindness toward others, quick smile and witty sense of humor, her delicious cooking, her warm hugs, and her eloquently handwritten cards that touched the hearts of so many.

Dianne was preceded in death by her parents, granddaughters Breanna Schoeck Becthold and Hayley Grace Waldvogel, and a sister-in-law, Vicki Walsh.

A celebration of life will be held for friends and family on Sunday, August 9 from 3-7 pm with a 5 pm program at the Corral Supper Club in Nelson, MN, while services and burial will be held at Sheyenne Lutheran Church in Pekin, ND on Saturday, September 5 at 3 pm. Arrangements are being made through Roy-Hetland Funeral Home in Osakis, MN.

To order memorial trees or send flowers to the family in memory of Dianne Walsh, please visit our flower store.