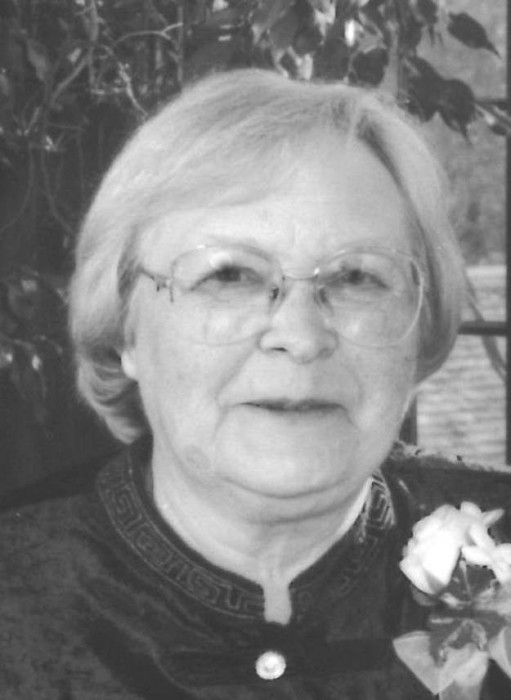 Dolores Lammers, a longtime resident of Morris, passed away peacefully in St Paul on October 18, with her family at her side. She came to Morris in 1962 with her three children and husband Raymond, who had taken a professorship at the newly created University of Minnesota Morris to develop the Speech and Theater Arts program. Dolores was among the pioneers in the early days of UMM and its speech and theater department, from recruiting local children to participate in creative dramatics classes, to creating costumes and loaning the family furniture for set pieces. Later, she was a driving force behind the establishment of the Lammers family endowment at UMM to award a deserving senior in the language and performing arts, as well as the naming of the proscenium theater in the Humanities Fine Arts building after her late husband.

Dolores Bowman was born in January 1928 to Eva and William McKinley Bowman in rural Osakis, MN. She graduated from the College of St Catherine in St Paul in 1950 with a degree in Sociology. Her first job was as a social worker in Ortonville for Big Stone County. After marrying Raymond in 1952, she followed him to Monterey, CA where he was a student at the Defense Language Institute. While there she was employed as a social worker for Santa Cruz County. When her children would point out there weren’t two more culturally divergent counties in America than Big Stone in Minnesota and Santa Cruz in California, she would answer their needs seemed exactly the same to her.

While living in Morris, Dolores applied her sociology training as a longtime board member of St Francis Health Services, teaching nutrition and health classes for Stevens County Medical Center, and numerous volunteer positions for her church, Assumption Catholic. But her life wasn’t just serious work. She was a three time finalist for the Pillsbury Bake-Off. By her third visit Bob Barker, who hosted the annual event on national TV, knew her by name.

In addition to her husband Raymond, Dolores was preceded in death by her parents, and brothers John, George and Jack. She is survived by her three children, Mark (Jennifer) of St Paul, Deidre (Fumio) Onishi of Ithaca, NY, and Matt (Elizabeth) of Eden Prairie, as well as five grandchildren who will cherish her memory forever, Madeleine (Chad), Matthew, Kosuke, Genji and Kengo.

The family would like to thank the staff at Skyview in Morris for eleven years of wonderful service, Dr. John Stock and his staff in Morris for their superb medical care, and the staff of Carondolet Village on the campus of St Catherine’s in St Paul for their kindness and professionalism during the final months of Dolores’ life.

Services will be at the Church of the Immaculate Conception, Osakis, MN on October 27. Visitation is at 9:30 a.m., service at 10:30 a.m. Burial will be in Osakis. A memorial event in Morris will take place at a future date. The family suggests memorials to the University of Minnesota Foundation, PO Box 860266, Minneapolis, MN 55486-0266, Lammers Fund #8279. The fund supports students at UMM.

To order memorial trees or send flowers to the family in memory of Dolores Lammers, please visit our flower store.