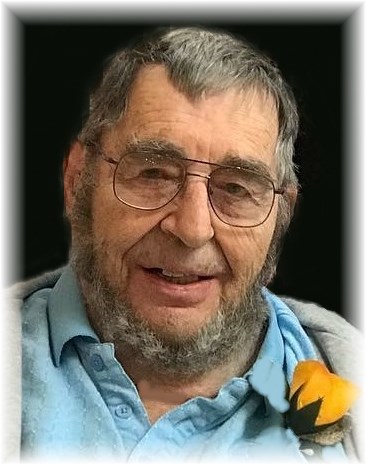 Don Larsen, lifetime resident of Osakis passed into the loving arms of the Lord on Saturday, June 13, 2020 from the Galeon in Osakis at the age of 88 years.

On November 9, 1931 a baby boy was born to Seymour and T. Orell (McDowell) Larsen in Osakis, MN.  They named him Don Seymour and he would be their only child.  He grew up on the family farm and learned the hard but satisfying work of raising crops and animals.  He graduated from Osakis High School in 1949 and soon after enlisted in the U.S. Army, serving his country during the Korean War.  Don married the love of his life, a beautiful girl named Janice Lovgren on June 12, 1954 at her family’s farm near Rose City.  Don and Jan were active members of the First Presbyterian Church in Osakis and Don served as a longtime elder and also as a youth leader.  He based his life and taught his family about the importance of service to others, which for him included being active not only at his church but also as a 4-H leader, a Douglas County Fair Board member for many years, a member of the Community Memorial Home Board in Osakis and as an assessor.  Don worked for the Osakis Creamery for many years driving milk truck.  He also drove school bus for Osakis Public Schools and for Rainbow Rider, in addition to doing custodial work at Alexandria Technical College, all while farming.

Camping was a family activity that Don enjoyed all his life, from early on he belonged to the Good Sam’s Club and kept in contact with many friends made over the years.  Don loved music, whether it was while square dancing, attending various concerts or the hymns at church services.  He was very social and interested in people.  He loved to visit and play cards.  His favorite animals were horses and dogs and he spent many hours either in his garden, enjoying the birds at his feeders, going to garage sales or antiquing.  He loved to read and also had a fascination for trains.  Don was a true example of a kind and generous heart who looked out for the good of others and loved his family deeply.  He will be dearly missed by all who knew him.

Left to mourn his passing are his children, Shari (Dennis) Maloney of Osakis, David (Kim) Larsen of Billings, MT and Carla (Chad) Mathews of Miltona; son-in-law, Jeff Collins of Minneapolis; 8 grandchildren and 3 great grandchildren.  He is preceded in death by his parents and his wife, Janice; a daughter, Denise Collins and a brother and sister-in-law, Wayne and Ruby Lovgren.

Services will be held on Tuesday, June 23 at 11 am at the First Presbyterian Church in Osakis with Rev. Randy Knuth officiating.  Interment is at the West Evergreen Cemetery in Osakis with honorary bearers by his grandchildren, Jamie (Mitchel Barter) Smith, Jessica (Carl) Zyph, James Larsen, Shaun (Monica) Maloney, Matthew Maloney, Adam (Hanna Beussman) Maloney, Tanner and Taye Mathews and great grandchildren, Nevaeh Smith, Trent and Shelby Maloney.   Military honors provided by the Osakis VFW Post #7902 Honor Guard. A visitation will be held on Monday, June 22 from 5 – 7 pm at the Roy-Hetland Funeral Home in Osakis.  Condolences and memories may also be left for Don on his Tribute Wall at www.royhetland.com.  Arrangements are being handled by the Roy-Hetland Funeral Home, Osakis, MN.

To order memorial trees or send flowers to the family in memory of Don Larsen, please visit our flower store.