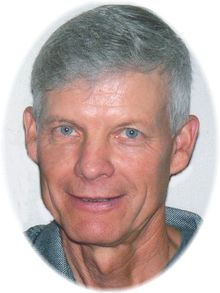 With his loving family by his side, Don Wolbeck, age 69 of rural Sauk Centre passed over into his new life early Tuesday morning, February 11, 2014 from his home. And in keeping with his generous nature, Don thoughtfully became an eye donor to the MN Lions Eye Bank after his death.

Donald Aloysius Wolbeck was born on October 19, 1944 to John and Leona (Hiltner) Wolbeck of Sauk Centre. As one of eleven children, Don was raised on their family farm and grew up appreciating nature, animals and the rewards of hard work. He attended country school and graduated in 1962 from Sauk Centre High School. He was enlisted for six years of service in the National Guard. He also did excavation work for his uncle Chris Wolbeck's construction company. In 1966 Don began dairy farming, and on September 8, 1967 he married the love of his life, Jeanine Boogaard at the Immaculate Conception Church in Osakis, MN. They first lived on a Whitney Land Company farm until buying their own farm near West Union in 1969. By 1984, after increasing both the size of their family and the size of their herd, they bought and moved onto a farm west of Sauk Centre. In 2008, the Wolbeck's realized a life-long dream to build a home on property by a pond they owned west of the farm. After Don sold the cows, he could concentrate on doing the organic hay farming that he especially loved. The Wolbecks then moved to their present home located north of Sauk Centre.

Over the years Don was active as a member of St. Alexius parish in West Union and served as a parish council member. When they moved to Sauk Centre, Don soon became involved in parish life at St. Paul's. He was an usher, a school board member at Holy Family School and also belonged to the Knights of Columbus. Don was an excellent farmer and held a position as Vice President on the Board of Directors for the MN Valley Alfalfa Producers. He loved country life and spent many hours on the tractor. Don was never afraid to tackle a project, whether it was working on repairs in his shop or doing a variety of other farm or wood-working projects. He enjoyed his volleyball, card playing and Bible study friends and watching his children and grandchildren in their activities. No one will forget his quick wit and uncanny ability to find a pun or joke to lighten any conversation. For him, family always came first. He especially loved to be with his children and grandchildren and he taught them how important it is to work hard and enjoy the important things in life. He was a beautiful example of what a loving husband, father, grandpa and brother should be. Blessed be his memory.

Preceding him in death are his parents, a granddaughter, Madison Schmiesing, a sister, Arlene McKigney, a brother-in-law, Daniel Bromenshenkel, a sister-in-law, Irene Wolbeck, and father-in-law, John Boogaard.

A Mass of Resurrection was held for Don on Saturday, February 15, 2014 at 11:00 am at St. Paul's Catholic Church in Sauk Centre, concelebrated by Fr. Greg Paffel and Fr. Timothy Wenzel. Musicians include soloists, Amy Poepping and Trisha Garvin. Interment is at St. Paul's Cemetery in Sauk Centre with active pallbearers being six of his grandchildren, Daniel and Tanner Schmiesing, Luke, Alissa and Kianna Wolbeck, and Kalindi Rachey.

To order memorial trees or send flowers to the family in memory of Don Wolbeck, please visit our flower store.