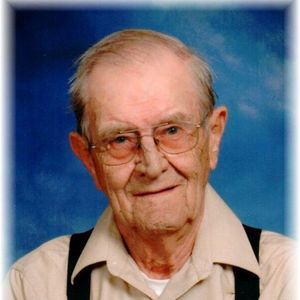 Life History for Don Hagen
Donald Hagen, age 84 of Osakis passed away on Saturday, April 9, 2016 at his home surrounded by his family.
Donald Laverne Hagen entered this world on August 30, 1931 in Todd County, MN to Elmer and Olive (Bearson) Hagen. He attended Osakis High School, graduating in 1949. He joined the Army Reserves while in school and then served until his honorable discharge in 1952. Don also worked for Van Cleve Construction as a young man and helped on area farms driving trucks and tractors during planting and harvesting. On October 18, 1951 Don was united in marriage to Ramona Chapin. For over forty years Don worked as a long-haul trucker and covered the country from coast to coast. He took loads from as far away as Florida all the way up to Vancouver, British Columbia. When he got time home, Don loved to get outdoors and go fishing, horseback riding and hunting. He loved music, especially country western and often sang along to his favorite songs. He was also a sports fan and liked to play cards and socialize. Don also enjoyed helping area farmers drive tractor. Each summer Don looked forward to camping with his family at a campground near Mille Lacs Lake. He will be dearly missed by his family and friends.
Don was a member of the United Methodist Church in Osakis until its closing.
He is survived by his wife of 64 years, Ramona Hagen of Osakis; children, Connie (Ken) Nelson of Bertha, Donna (Larry) Pulkrabek of Clouquet, Richard (Kathy) Hagen of Glenwood, Mark Hagen of Springfield, MO and Lynnette (Howard) Swenstad of Osakis; 12 grandchildren and 19 great grandchildren; a brother, Dennis (Darla) Hagen of Osakis; many nieces and nephews.
Preceding him in death are his parents, an infant son, Donald Robert and his nine year old son, Curtis Hagen; a brother, LeRoy Hagen and daughter-in-law, Lisa Hagen.
Funeral services will be held on Thursday, April 14, 2016 at 11:00 am at the Osakis Lutheran Church with Rev. Rich Fitzer officiating. Interment is at the Lakeside Cemetery in Osakis with honorary pallbearers being his grand daughters, Kim Kundert, Amy Rach, Angie Paulson, Rebecca Longtin, Jessica Magnuson, Amanda Jensen, Kristie Swenstad. Active bearers are grandsons, Bryan Lagergren, Jason Hagen, Greg Anderson, Kyle Swenstad and William Hagen.

To order memorial trees or send flowers to the family in memory of Donald Hagen, please visit our flower store.