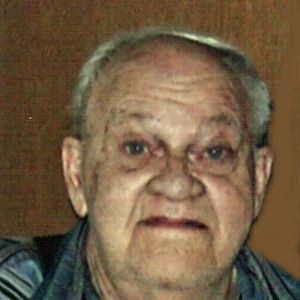 FUNERAL NOTICE for DON VANGSTAD
Don Vangstad, age 79 of Osakis passed away on Saturday, Jan. 14 at his home in Osakis, MN. Funeral services will be held on Sat., Jan. 21, 2017 at 11:00 am at the Salem Lutheran Church in Osakis with burial in the church cemetery. Visitation begins one hour before the service at the church.
Donald Morris Vangstad was born on March 24, 1937 in Osakis, MN to Arthur and Judith (Mikkelson) Vangstad. He grew up in Osakis and after his schooling, moved to North Dakota and began truck driving. Don also served in the U. S. Navy during the Korean War and was honorably discharged in September of 1957. Don ran his own trucking business, hauling general freight for over thirty years. He moved back to his hometown of Osakis in 1996 and retired nine years later. He was a member of the Salem Lutheran Church in rural Osakis, MN.
Since Don enjoyed traveling, sight-seeing and a good cup of coffee. He was in the perfect profession for getting to see many parts of the country. He also enjoyed working outdoors when he wasn't on the road. He had a nice garden each season and enjoyed planting trees and doing lawn work, and since he never married, was able to set his own schedule and go when and where he liked.
Don's only family members are his nieces and nephews, great nieces and nephews and cousins.
He is preceded in death by his parents, his brother, Julian Vangstad and four sisters, Marlys Edens, Ruth Whitmore, Edna Hawkins and Opal Nelson.
Memorial services for Don will be held on Saturday, Jan. 21, 2017 at 11:00 am at the Salem Lutheran Church in rural Osakis with Rev. Steve Hilde officiating. Urnbearer is Dan Hawkins. Inurnment is in the Salem Lutheran Church Cemetery, Osakis, MN.

To order memorial trees or send flowers to the family in memory of Donald Vangstad, please visit our flower store.