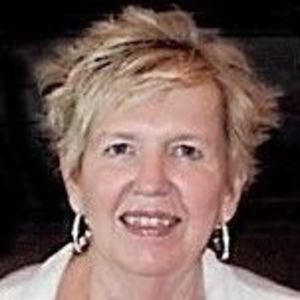 Donna Emerson, age 72 of Osakis, passed away on Wednesday, March 14 in Osakis.
Donna Mae Knutson was born on September 19, 1945 in Moorhead, MN to Ingard and Muriel (Lindholm) Knutson. She grew up in Barnesville, MN. She was confirmed at Our Savior's Lutheran Church in Barnesville and graduated from Barnesville High School in 1963. Donna attended Rochester Junior College for medical secretary training. After completing her schooling, Donna spread her wings and moved to Los Angeles, CA where she worked as a medical secretary for several years before she returned home to Minnesota.
On December 30, 1970 Donna married the love of her life, Keith "Kip" Emerson. While Kip served his country at the White Sands Missile Range in New Mexico, Donna worked as an apartment manager in El Paso, TX. The couple moved to Osakis in 1973 when Kip was done fulfilling his commitment to the army. While Kip worked as a teacher at Osakis High School, Donna stayed home and raised their two children. Once Vance and Julie were both in school, Donna went to work at the First National Bank of Osakis as a bookkeeper. She was a dedicated employee there for almost thirty years. She retired in 2006.
Donna was devoted to her family. She adored her father and helped take care of him at the end of his life. Donna and her mom also shared a special bond and she selflessly and lovingly helped her mom with all her needs over the years. Donna loved her children with all her heart and was extremely proud of them. She also felt that becoming a grandma was one of the greatest gifts she was ever given.
Besides being the "rock" that kept her family secure, Donna was a trusted friend and made many life-long friendships. She liked to be active and greatly enjoyed traveling with her friends to places such as Hawaii, Florida, Nevada, and Deadwood, SD. She also loved traveling with her children and grandchildren to Orlando, FL and Yellowstone National Park. Donna enjoyed music and dancing and was most relaxed when spending time at the family cabins on Pelican Lake and Lake Lizzie. Donna's favorite holiday was the Fourth of July. She loved dressing up in her patriotic clothing and gathering with the family at the lake.
Donna had a great sense of humor and a beautiful smile. She loved to participate in new activities and classes and kept healthy by exercising regularly. It was a cruel twist of fate when she became ill and was eventually diagnosed with ALS, which robbed her of the ability to be outdoors and active.
Donna will live on in the hearts of her husband of 47 years, Kip Emerson of Osakis; a son and daughter-in-law, Vance (Dana) Emerson of Fargo, ND and a daughter and son-in-law, Julie (Byron) Heyen of Colfax, ND; her grandchildren, Liam and Erik Emerson, Emma and Alison Heyen; step grandchildren, Shelby, Alex, Heather, and Adam Biffert; her mother, Muriel Knutson of Barnesville, MN; a brother, Gary (Tracy Shipley) Knutson of Ottertail, MN; and many nieces and nephews.
Donna is preceded in death by her father, Ingard, and an infant brother, Allen Knutson.
Memorial services for Donna will be held on Saturday, March 24, 2018 at 1:00 pm at the Osakis Lutheran Church. Visitation will be on Friday, March 23 from 4 - 7 pm at the Roy-Hetland Funeral Home in Osakis and one hour at the church prior to the service. Arrangements by Roy-Hetland Funeral Home, Osakis, MN

To order memorial trees or send flowers to the family in memory of Donna Emerson, please visit our flower store.