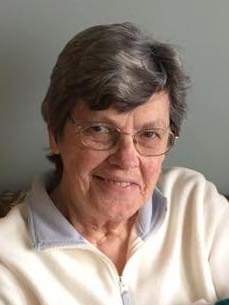 Dorothy Jane Withers was born on December 17, 1944 in Alexandria, MN to Robert and Frieda (Reichmann) Withers.  She was one of six children born to this union.  She graduated in 1962 from Osakis High School and went to the Twin Cities afterwards, taking a job doing clerical work.  In 1964, Dorothy married Larry Evert.  They had one son, Jesse, and for several years lived in Indian Springs, NV where Dorothy worked in food service at a public school.  Dorothy returned to Minnesota and worked for ten years testing milk for DHIA.  She also began a life-long dream of raising and selling Appaloosa horses.  She called her ranch Little O, and was in the horse business for over 35 years.  During that time, her horses earned several prestigious awards, including Canadian National Grand Champion and Three Time International Champion.  In addition to raising horses, Dorothy also began a business called B & D Beagles.  For over fifteen years, she raised and sold registered Beagle puppies.  She was a member of the First Presbyterian Church in Osakis, MN.

In addition to being the number one fan at her son, Jesse’s sporting events, Dorothy also enjoyed traveling.  She was a member of the Motor Maids motorcycle club and toured the country with this group over the years.  She was a natural athlete, and liked to play tennis and belonged to a bowling league.  During the winter months, she kept active using her creative talents to knit and crochet beautiful items for family and friends.  She was a loving and caring mother and grandma who especially enjoyed spoiling her grandson and great grandchildren.

She is preceded in death by her parents, a brother, Wayne Withers; a niece, Sandy Oeltjen and sister-in-law, Lois Withers.

A Celebration of Life will be held for Dorothy on Saturday, July 27, 2019 at 10:00 am at the First Presbyterian Church in Osakis with Rev. Randy Knuth officiating.  Musicians are organist, Ellen Bangtson and soloist,Teri Williams.  Inurnment is at the West Evergreen Cemetery in Osakis, MN.  A gathering time will begin at the church on Saturday morning at 9:00 am for family and friends.

To order memorial trees or send flowers to the family in memory of Dorothy Evert, please visit our flower store.