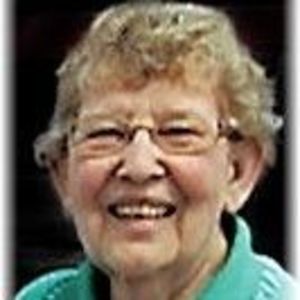 Dorothy Wilson, age 82 of Osakis, formerly of Fridley, passed away suddenly on Mother's Day, Sunday, May 13, 2018 at the St. Cloud Hospital in St. Cloud, MN.
Dorothy Jean King was born on December 10, 1935 in Wadena, MN to Ray and Gladys King. She graduated from Staples High School in 1953 and began her career doing secretarial work at the Grain Exchange, moving to Minneapolis at the age of 17. On February 2, 1957 Dorothy married her soulmate, Robert 'Bob' Wilson in North Minneapolis. They had two children, Patrick and Jennifer. After raising her children, Dorothy worked as a school secretary and later was hired by Target Corp. to work in their corporate business office as an executive secretary. She worked there for many years, retiring in 1993. In 1972 the Wilson's bought a cabin on Lake Osakis and looked forward to spending summers and weekends 'up at the lake.' After their retirement, they built a retirement home on the property and have enjoyed it there ever since.
In addition to time spent traveling, Dorothy was a wonderful artist. She created watercolor paintings and counted cross-stitching projects. She loved working on her beautiful vegetable and flower gardens. Her work remained beautiful even with her arthritis. She was an avid read and kept sharp by doing crossword puzzles and the daily crypto quips. Dorothy enjoyed spoiling her two grandsons, Joseph and Robert and was a kind and caring wife, mother and grandmother. She is preceded in death by her parents.
She is survived by her husband of 61 years, Bob Wilson of Osakis; children, Patrick (Janice) Wilson and Jennifer Wilson; 2 grandsons, Joseph (Andrea) and Robert (Kelly) Wilson; nephew, Michael and many dear friends.
Memorial services will be held on Saturday, May 19 at 2:00 pm at the Roy-Hetland Funeral Home in Osakis with Rev. Don Reisig officiating. Inurnment will be at the Gordon Pleasant Hill Cemetery in Osakis. A gathering time will begin at the funeral home at 1:00 pm.
Memorials in her honor are preferred to the Arthritis Foundation or Wags and Whiskers Animal Rescue.

To order memorial trees or send flowers to the family in memory of Dorothy Wilson, please visit our flower store.