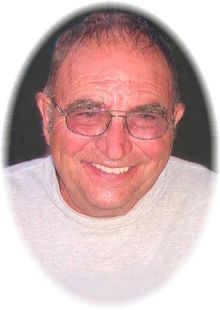 Funeral services will be held on Saturday, December 1 at 10:30 am at the Immaculate Conception Church in Osakis. Interment is at the Calvary Cemetery in Osakis. Visitation hours begin on Friday, Nov. 30 from 4 - 8:30 pm and will be at the Immaculate Conception Church in Osakis with parish prayers beginning at 7 pm and a Knights of Columbus Rosary at 7:30 pm on Friday night. There will also be an hour visitation before the service on Saturday.
LIFE HISTORY FOR DOUG
Doug Rutten, age 73, lifetime resident of Osakis passed away unexpectedly on Tuesday evening, November 27, 2012 at his home in Osakis Township, Douglas Co., MN.
On September 9, 1939 a boy christened Douglas Francis was born to Harold and Clara (Stoetzel) Rutten at their farm home in Osakis Township, Douglas Co., MN. He grew up on the farm and graduated from Osakis High School with the Class of 1957. His first job was hauling ready mix and gravel for Smith's of Long Prairie, MN. On June 5, 1961 Doug was united in marriage to Joanne Rutten at Immaculate Conception Church in Osakis. Doug's next employment was with the Douglas County Highway Department. He worked there until 1971 but had started farming already in 1967. Doug loved farming and country life. He always looked forward to baling time each season and the chance to get out on his tractor. Working on projects in his shop was another of his favorite past times. No matter what the repair or project, he always had the right tool for the job. Other hobbies he enjoyed were taking camping trips with his family and socializing with friends as a member of the Pioneer Power Tractor Club of Alexandria or the Central Lakes Cruzers Car Club in Osakis. Doug was named Farmer of the Year in 1973 and served on many area agricultural boards. He was a board member for the Osakis Creamery, the Osakis Township and also the Douglas County Soil and Water Conservation Board.
Doug was a lifetime member of the Immaculate Conception Catholic Church in Osakis and was active in the parish as a Eucharistic Minister, a member of the Knights of Columbus, a catechism teacher and a member of the Cecelian church choir.
Doug was a hardworking and loving husband, father,grandpa and brother who will be dearly missed by his family and many friends. Blessed be his memory.
He is survived by his wife of 51 years, Joanne Rutten of Osakis; five children, Ken (Susie) Rutten and Barb (Punky) Didier, all of Osakis, Lin (Pat) Keller of Coon Rapids, Mike (Heather) Rutten and Greg (Jackie) Rutten, all of Little Falls; 16 grandchildren; five siblings, Dave (Eileen) Rutten of Kalamazoo, MI, Rosie (Mark) Hedner of Starbuck, Ray Rutten of Osakis, Diane (Russ) Oberg of Rockford, Mary Kay Hawkins of Avon; many nieces and nephews.
Doug is preceded in death by his parents, a stepfather, Butch Braband, twin granddaughters, Ashley and Rachael Rutten and nieces, Sara Rutten and Angeline Hawkins.
A Mass of Resurrection was held for Doug on Saturday, December 1, 2012 at 10:30 am at the Immaculate Conception Church with Fr. David Petron officiating. Interment was at Calvary Cemetery in Osakis with honorary pallbearers being his granddaughters, Katie and Kari Didier, Rebecca, Alexa and Madison Keller, Samantha & Brandy Rutten, Jadyn Rutten, Megan & Miranda Reed, Darcie Crotteau. Active pallbearers were Punky and Josh Didier, Pat Keller, Alex, Stephan and Lane Rutten,

To order memorial trees or send flowers to the family in memory of Doug Rutten, please visit our flower store.