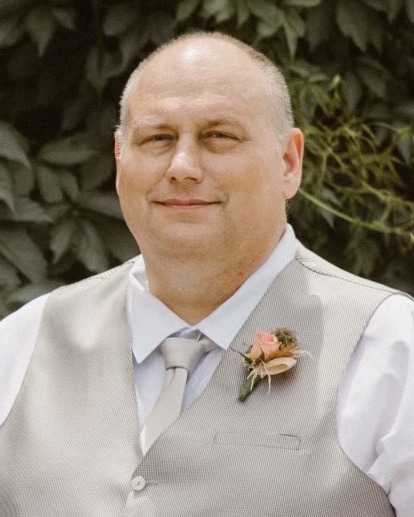 Doyle Wade Hagen was born on December 7th, 1968, to Ernest and Donna (Thompson) Hagen in Morris, MN. For a short time, he lived in Cyrus and Osakis before his family settled in Eagle Bend when Doyle was 9. Starting at a young age, Doyle enjoyed the outdoors and spent as much time as he could outside. He graduated from Long Prairie High School in 1987 and began working at Long Prairie Packing. Later, Doyle worked at Banta in Long Prairie, and then at LGC in Alexandria.

Shortly after high school, Doyle met Rhonda Akin and they were blessed with two beautiful daughters, Lauren and Ashley. In 1997, Doyle and Rhonda later were married in Eagle Bend. Doyle was a loving and involved father who taught his daughters all about the outdoors and how to be self-sufficient. He took them hunting, four-wheeling, trap shooting, dirt biking, and tubing on the lakes.

Doyle often worked and tinkered in his garage and was a very capable do-it-yourselfer. He could teach himself how to fix anything and enjoyed teaching others to do the same. Doyle could be described as a laid back, social guy, with a fun sense of humor. He loved spending time with his friends and traveling throughout the Midwest with his buddies in his younger years. He also loved riding motorcycles any chance he got. Doyle could often be found at any social event and his presence will be greatly missed by all who knew and loved him.

Doyle Wade Hagen passed away on Friday, October 21, 2022, in Osakis at the age of 53. He is survived by his daughters, Lauren Hagen (Lance Chase) and Ashley (Kyle) Ahrens; grandchildren, Axton, Kaden, and one granddaughter on the way; step-father, David Jenkins; sister, Katrina Wysocki; half-brother, Sterling Jenkins; step-grandma, Betty Hagen; and former spouse, Rhonda Hagen. Doyle is preceded in death by his parents.

A funeral service will be held at 5:00 PM on Friday, October 28, 2022, at Roy-Hetland Funeral Home with visitation before and after the service from 3:00-7:00 PM. After visitation, fellowship will continue at Knight’s Pub & Grub.