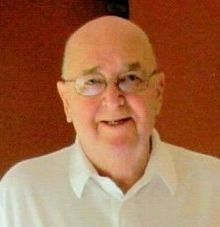 Duane Bahn, age 74 of Alexandria, former Chief of Police for the City of Osakis, passed away early Wednesday morning, August 3, 2016 at his home in Alexandria, MN. Services are set for Saturday, August 6, 2016 at 3:00 pm at Zion Lutheran Church in Alexandria, MN. Visitation begins at the church on Saturday at 2:00 pm. Burial is at the Woodlawn Cemetery in Pipestone, MN on Sunday afternoon at 1 pm.
On April 30, 1942 a son was born to Herman E. and Elsie K. (Hansen) Bahn in Sweet Township, Pipestone Co., MN. He was baptized and confirmed at St. Paul's Lutheran Church in Pipestone, MN. He graduated from Egan High School in Egan, South Dakota. Duane served his country in the Army National Guard from 1960 to his honorable discharge in 1965. He was married on October 19, 1963 in Flandreau, SD to Sharon Nass. After his honorable discharge, Duane farmed for several years before attending SSU in Marshall, MN and while there was hired by the Marshall Police Department, where he worked for several years. When offered the position to run the police department in Osakis, Duane accepted and moved to Osakis, MN until his retirement to the Alexandria area. He was a member of the Zion Lutheran Church in Alexandria and also belonged to the American Legion Post #113 in Marshall, MN, having served as Post Commander and as a member of the Honor Guard.
Family times and Amtrak trips across the country were favorite activities for Duane. He was also very involved in the sport of trap shooting and belonged to the Alexandria Shooting Park. In addition to time spent there, Duane also shot trap at parks in MN, SD, IA, IL and AZ. He was especially proud to be part of the 2009 MN State Veterans Trap Shoot team. Duane enjoyed taking several winter trips to Tuscon, AZ and looked forward to family reunions with the Bahn families and also those on his mother's side of the family. Duane was a loving and devoted husband, father, grandpa and brother who will be dearly missed by his family and many friends.
Left to mourn his passing is his wife of 52 years, Sharon Bahn of Alexandria; a daughter, Renee J. Coudron of Alexandria; two grandchildren, Jesse (Tanya Johnson) Coudron of Greenwald and Zachary (Amanda Higgins) Coudron of Princeton, MN; three great grandchildren, Alexis and Brinley Coudron, Kabella Huot; his brothers, Marvin (Janet) Bahn of Marshall, MN, Virgil Bahn of Pipestone, MN, and Darrel (Dianne) Bahn of Austin. MN; sisters-in-law, Jean (Ron) Yocum, Helen Nass; many nieces and nephews.
He is preceded in death by his parents, Herman and Elsie Bahn and his four-year-old son, Rodney Bahn who died in 1968; his brother-in-law, Gary Nass and one sister-in-law, Deanna Bahn.
Funeral services for Duane are on Saturday, August 6, 2016 at 3:00 pm at the Zion Lutheran Church in Alexandria, MN with a visitation/gathering time beginning at 2:00 pm at the church. Officiating is Rev. David Hinz and organist is Mertice Brueske. Military honors will be provided by the Alexandria American Legion Post # 87, VFW Post # 936 and the MN National Honor Guard.
Burial will take place at the New Woodlawn Cemetery in Pipestone, MN on Sunday, August 7 at 1:00 pm. Honorary pallbearers are Tanya Johnson, Alexis Coudron, Amanda Higgins, Kabella Huot and Brinley Coudron. Active bearers are Jesse and Zachary Coudron, Bill Bahn, Michael Nass, Randal Bahn and Kevin Fuhs.
Arrangements handled by the Roy-Hetland Funeral Home, Osakis, MN.

To order memorial trees or send flowers to the family in memory of Duane Bahn, please visit our flower store.