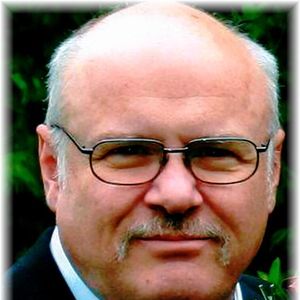 Ed Hooper, age 59 and his son, Robert 'Bobby' Hooper, age 30, both of Brandon, MN passed away at their home on Saturday evening, September 12, 2015 in rural Brandon, MN.
Memorial services will be held on Friday, September 18, 2015 at 2:00 pm at the Osakis Lutheran Church with Rev. Rich Fitzer officiating. Visitation hours are from 5 - 8 pm on Thursday, September 17 at the Roy-Hetland Funeral Home in Osakis and then on Friday beginning at 1:00 pm at Osakis Lutheran Church.
On August 3, 1956, Edward Arthur Hooper was born to James and Martha (Holmes) Hooper in Corvalis, Oregon. The family moved to Warren, Pennsylvania and Ed graduated from high school there in 1974. He attended Lake Superior State University and then transferred and graduated from the Farm Equipment program at Alexandria Technical College. He was hired at Douglas Machines in Alexandria in November of 1979 and remained a faithful employee there for the past thirty-five years. Ed met Cheryl Engstrand in Alexandria and they were married on December 11, 1982 at the Osakis Lutheran Church in Osakis, MN. They raised three children, a daughter and two sons.
Ed was interested in many things, but especially anything that had a motor. He liked older model tractors and classic cars and spent hours tinkering on various motors in his shop. He looked forward to the local Threshing Bees and liked to play pool. In addition to taking family camping and fishing trips in the Boundary Waters, he also liked going deer hunting, riding motorcycles, snowmobiles and ATV's. Ed enjoyed firearms and was also interested in military history, especially WWII. Time spent with his family and grandchildren were things he treasured.
He is survived by his devoted wife of thirty-two years, Cheryl Hooper of Brandon; a daughter, Laurie (Scot) Olson of Maple Grove; a son, David Hooper of Brandon; three grandchildren, Avery, Gavin and Taylor Olson; his parents, James and Martha Hooper of Escanaba, MI; two brothers, John Hooper of West Palm Beach, FL and Tom Hooper of New Berlin, WI; mother-in-law, Joyce Engstrand of Osakis; leaving this life with him was his son, Robert Hooper.

Arrangements are with the Roy-Hetland Funeral Home, Osakis.

To order memorial trees or send flowers to the family in memory of Edward Hooper, please visit our flower store.