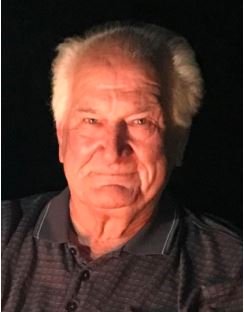 Edward 'Ed' Hansen, age 84 of Nelson, MN passed away on April 1, 2020 at his home in rural Nelson in the loving presence of his family.  Memorial services for Edward will be held at a later date.  In the meantime, condolences and memories may be shared under his Tribute Wall here on his obituary page. Service times and updates will be announced when planned.

He was proud to be a country boy and from his earliest years, Edward Hansen was at one with nature and enjoyed being outdoors.  He was born in Donnelly, MN on March 20 in 1936 to his parents, Ole Alexander and Ella Ruth (Uphoff) Hansen.  He was one of nine children who lived and loved life on the family farm.  He graduated from high school in Barrett, MN with the Class of 1955.  He continued to help on the farm until he was called to duty to serve his country in the U. S. Army.  He served from 1959 until 1961 being stationed at Fort Hood in Texas.  He was honorably discharged and received the Army Good Conduct Medal, returning to civilian life after his discharge in 1961.  Prior to Ed’s going in the service, he met his future wife and the love of his life, LaVonne Smith at a gathering in Barrett.  They corresponded with many letters while he was away and continued courting until they were joined in holy matrimony on April 28, 1962 at Esther Lutheran Church near Parkers Prairie, MN.  Upon his return to Minnesota, Ed and LaVonne moved to Minneapolis when Ed began working for a rubber-mold company.  They continued to work in Minneapolis for a couple of years before returning to live in Barrett when Ed was hired by Peterson’s Garage.  In 1965, they relocated to Alexandria and Ed took a job working for Coca-Cola Company as a route salesman.  He devoted thirty-three years there until his retirement.  After a few months of retirement, Ed when back to work with Juno Plastics for a few years until they closed. The Hansens moved to a home near the Alexandria Golf Course in 1968 and when an opportunity arose to live in the country, they moved to a hobby farm near Nelson, MN in 1972.  Ed joined the Nelson Men’s Club and enjoyed the comradery of the local group.  He also was a member of First Lutheran Church in Alexandria, MN.

Ed enjoyed many outdoor activities like gardening, working with the horses or cows, or fishing.  There was a smile on his face and contentment in his heart.  He treasured the memories made on various Canadian fishing trips through Coke and also trips with his family, and annual deer hunts with his grandchildren.  He was very social by nature and welcomed the friendships he made while golfing, bowling and playing cards. He was also active in a pool league, and later in life enjoyed volunteering at the local Food Drop.  Entertaining family and friends and celebrating holidays were the things that truly mattered to him.  He was a kind and devoted husband, dad, grandpa and brother who will live on in the hearts of those he touched.

Ed is preceded in death by his parents, his sister, Beatrice Hansen and his brothers, Harold Hafsahl, Henry Hansen, Richard Hansen and Oliver Hansen.

To order memorial trees or send flowers to the family in memory of Edward 'Ed' Hansen, please visit our flower store.