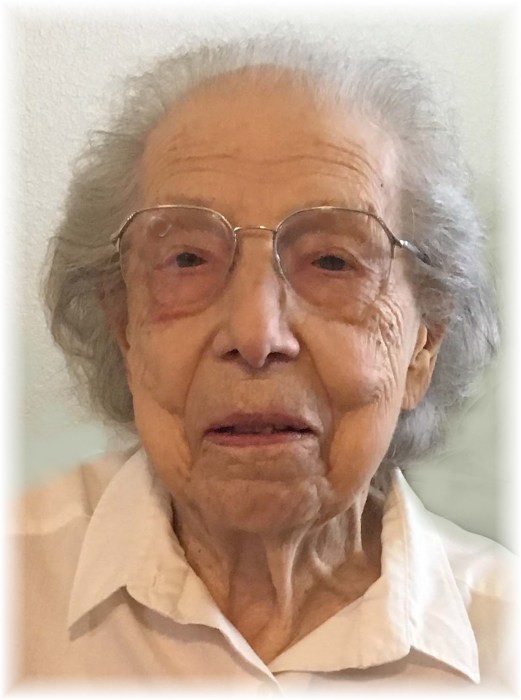 Eleanor Berns, 96 years of age, went to meet her Lord on the evening of January 23, 2020 from the Fairway Pines Hospice in Sauk Centre, MN.

A Mass of Resurrection will be held for Eleanor on Monday, January 27, 2020 at 11 am at St. Paul’s Catholic Church in Sauk Centre, MN with concelebrants, Fr. Greg Paffel and Fr. Julius Beckerman.  Interment is at St. Paul’s Cemetery in Sauk Centre, MN.  Visitation hours are Sunday afternoon from 4 – 7 pm at St. Paul’s Church with parish prayers at 6 pm.  There will also be a gathering time for family and friends on Monday morning before the service beginning at 10 am.


Peter and Anna (Hammes) Bauer welcomed a beautiful baby girl into their lives on December 12, 1923 in Bluffton, MN.  They named her Eleanor Marie and she was the second of three girls born into their family.  After the loss of their father in 1934, the girls worked the farm with their mother. Eleanor and her older sister Margaret were close, and eventually moved to St. Paul, Minnesota to find work. They worked as waitresses at the Han Cow restaurant, where they met their next employers, the owners of the Lodge at Glacier National Park. They worked there during the summer for room and board. The next move was to Spokane, then California, where they lived and worked in Pamona at the Hazel-Atlas Glass plant. The girls split when Margaret met her husband in California. Eleanor continued traveling extensively, from Hawaii to Havana. She returned home for her sister's wedding, where she met her future husband, John Berns, who was the brother of her new brother-in-law. John and Eleanor were married at St. Paul’s Catholic Church in Sauk Centre on November 28, 1959. John started what would become a successful CPA business in Sauk Centre. Their first house was on Sinclair Lewis Avenue, but they eventually built their own home just south of town. For many years Eleanor worked along-side her husband, where she performed office work. John would do his work in pencil, then Eleanor would type all of the federal and state tax return forms.  John and Eleanor travelled, driving many times to visit relatives in Canada and taking various trips across the United States.  Throughout her life Eleanor remained devoted to her Catholic faith.  She was a member of St. Paul’s parish and belonged to the Honorary Christian Mothers, the Poor Souls Society, the Holy Rosary Society and also attended weekly Adoration.  Eleanor was a talented seamstress, who was able to make beautiful clothing for herself and family, complete from undergarments to winter coats.  She also did delicate embroidery and needlework projects.  Each year she would tend her large garden and then enjoyed putting up large amounts of canned goods to last through the winter.  Socializing with neighbors, friends and family and keeping her mind sharp by reading every day were other past times she enjoyed.  Eleanor was an amazingly kind and talented woman who left the world a better place by her presence in it.  Blessed be her memory.

Eleanor will live on in the hearts of her extended family of nieces and nephews.  She is preceded in death by her parents, her husband, John Berns in 2001, and two sisters, Margaret Berns and Joanne Hendrickx.

To order memorial trees or send flowers to the family in memory of Eleanor Berns, please visit our flower store.