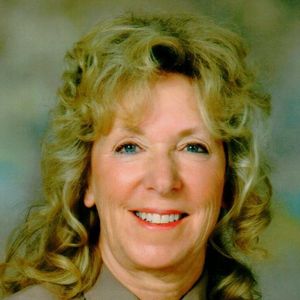 Ella Mae 'Ellie; Zabel, age 72 of Osakis passed away on Friday, March 11, 2016 at the St. Cloud Hospital in St. Cloud. Memorial services will be on Wednesday, March 16 at 11:00 am at the First Presbyterian Church in Osakis with Pete Reishus as officiant. Visitation hours are from 4 - 8 pm on Tuesday, March 15 at the Roy-Hetland Funeral Home in Osakis, MN and one hour before the service at the church. Inurnment is at the Nelson Cemetery in Nelson, MN. Arrangements by the Roy-Hetland Funeral Home in Osakis, MN.

On May 6, 1943 Ella Mae was born in Eagle Bend, MN to Everett and Amanda (Wittwer) Zabel. She attended Dist. 119 Country School and then the Long Prairie Public School through the eighth grade. She went to high school in Osakis and graduated with the Class of 1961. While in high school, Ellie received a sprinkling baptism at Osakis Presbyterian Church. Ellie was married to Clarence Miller in July of 1961. They worked together on various farms and then spent a year in Leed, S. Dakota where Clarence worked at a gold mine. Upon their return, Ellie worked as a Nurse's Aide at the Bethany Home in Alexandria. Ellie accepted the Lord into her heart and received an immersion baptism at the Church of Christ in Alexandria. She enrolled in the nursing program at Alexandria Tech School, achieved a 4.0 grade average and graduated in 1979. She worked at Children's Hospital in Minneapolis and then at the State Hospital in Fergus Falls before returning to work as a charge nurse back at the Bethany Home. When Ellie was hired as a nurse at the Douglas Co. Hospital, she was one of the last hires to wear the full white uniform and cap. Ellie retired twenty-five years later and then did in-home life insurance exams all across the state. Next, Ellie did painting work with her brother LeRoy at the Neumann Center in St. Cloud and also attended St. Cloud Model College to become a licensed manicurist. Ellie also enjoyed her time working at the Runestone Museum in Alexandria for several years. She was a member of the Alexandria Eagles Auxiliary #3063. Ellie volunteered for several years on the Osakis Ambulance (serving as Vice-President) in addition to teaching and testing EMT classes throughout Minnesota. One of her favorite activities however, was belonging to the Douglas Co. Sheriff's Posse Horse Unit for many years.
Ellie had many interests and hobbies. She grew up hunting and fishing and owned her first gun at the tender age of six. Her 13 lb., 8 oz. walleye would have been a record had the fishing tourney not closed at midnight the previous night! She loved horses, going trail riding and camping and in twenty-five years never missed attending We Fest. She also attended the annual MN Horse Expos and various rodeos. Ellie loved country music and dancing, which started way back as a young girl when she did hop-polka dancing with her Dad every Saturday night. She could dance old-time, country and line-dancing and continued to dance up to four or five times a week across four states. She also liked to ride motorcycle, work in her flower garden and could bake delicious homemade pies from scratch. When she wanted to relax, Ellie pulled out her latest embroidery project or read a book. Her favorite activity however, was time spent with her family, and she fondly called them 'the best kids in the world.' Her most recent employment was as a cashier at the Fleet Farm in Alexandria.
Ellie is survived by her five children, Everett Daniel Miller of Alexandria, Theresa 'Tess' (Greg) Johnson of Osakis, Aaron Zabel of Osakis, Nathan Zabel of Parkers Prairie, Susannah (Dondi) Wenninger of Sauk Centre; 7 grandchildren, Gerard (Brittany), Blake and Hunter Johnson, Lukas (Kari Zenzen) Zabel, Tyler Thornbloom, Dacotah Wenninger, Autumn Miller Klinghagen; 3 great grandchildren, Gauge, Faith and Noah; a brother, LeRoy (Monica) Zabel of Long Prairie; many nieces and nephews. She is preceded in death by her parents and former husband, Clarence Miller.
Memorial services for Ellie will be held on Wednesday, March 16, 2016 at 11:00 am at the First Presbyterian Church in Osakis with Peter Reishus officiating. Visitation is on Tuesday, March 15 from 4 - 8 pm at the Roy-Hetland Funeral Home in Osakis, MN and an hour before the service at the church. Inurnment is at the Nelson Cemetery in Nelson, MN.

To order memorial trees or send flowers to the family in memory of Ella Zabel, please visit our flower store.