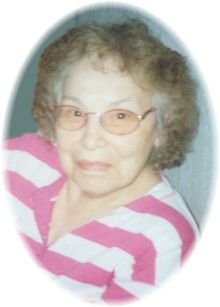 Life History for Ethel Keim
Ethel Keim, age 87 of Osakis passed away with her family by her side on Sunday afternoon, January 20, 2013 from the Knute Nelson Memorial Home in Alexandria, MN.
On March 13, 1925 Ethel Ashing was born in Langby, MN to John and Elsie (Portz) Ashing. She married Melvin Keim on November 20, 1954 in Fosston, MN and they first lived in Askov, MN until moving to Cottage Grove, MN in 1964. Ethel worked for the Buckbee Mears Company in St. Paul for over thirteen years. She was a screen inspector with the company's quality control division. She checked the television screens assembled at the factory for any defects. Upon retirement, the Keim's moved to a home near Lake Osakis in 1991.
As a loving mother of nine children, Ethel was also a very caring and proud grandmother who enjoyed her many grandchildren and great grandchildren. She also liked to travel, go dancing, bowling, do needlework and work in her garden. Many winter hours were spent playing bingo, cards or on outings to the casino. She also liked fishing and reading. She was a kind and loving mother, grandma and sister who will be dearly missed by her family and friends.
She is survived by her children, Kenneth Ah-Shein of Osakis, Sybil Gund of No. St. Paul, Sandy Nelson of St. Paul, Sharon Ashein of No St. Paul, Gerald Keim of Osakis, Diane (Terry) Adams of Maplewood, Brenda Keim of Alexandria, Paulette (Rick) Oftendahl of Jordan; 18 grandchildren and 25 great grandchildren; 5 great, great grandchildren; a brother, Leonard Ashing and two sisters, Ann (Jake) Coyer and Kathy Johnson; many nieces and nephews.
Ethel is preceded in death by her parents, her husband, Melvin who died on December 24, 2004; a son, Gary Keim; 4 brothers, Leo, Lloyd, Roy and John; an infant sister, Royas, who was a twin to Roy; a sister, Beatrice King.
A memorial service celebrating Ethel's life will be held on Monday, January 28 at 2:00 pm at the Roy-Hetland Funeral Home in Osakis with Rev. Patricia Baglien officiating. Inurnment will be held in the spring at the Pine Bend Methodist Cemetery in Langby, MN.
Arrangements by the Roy-Hetland Funeral Home in Osakis, MN.

To order memorial trees or send flowers to the family in memory of Ethel Keim, please visit our flower store.