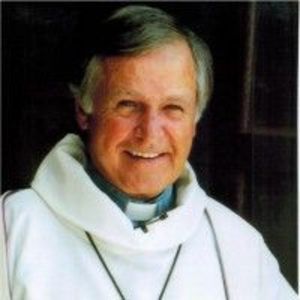 Fr. Richard McGuire, age 73, often called the Shepherd Priest of the Little Ones, passed on March 27, 2014 from lung cancer. His death will leave a huge void throughout the Diocese of St. Cloud and beyond in the lives of the thousands of people whose hearts he touched with his incredible gifts of understanding, compassion, forgiveness and caring.

He was ordained in 1967 in St. Cloud and served many parishes in the Diocese of St. Cloud. Upon retiring, he moved to the Rectory of St. Michael in Spring Hill.

He served as a Chaplain in the Air National Guard, serving on various deployments until 2000 when he retired from the Air Force with rank of Lt. Colonel.

He was truly a humble and sensitive man with great wisdom. His love was unconditional. May his love for prayer and the healing of hearts help us to continue his unfinished ministry until we meet and greet him again on the other side.

Father McGuire is survived by his brothers Patrick and Robert (Jean) McGuire, and sisters Patricia (Richard) Ruff and Mary Sullivan. He was preceded in death by his parents Harry and Rose, brother, James, brother-in-law, Lawrence Sullivan and sister-in-law, Maureen McGuire.

To order memorial trees or send flowers to the family in memory of Father Dick McGuire, please visit our flower store.