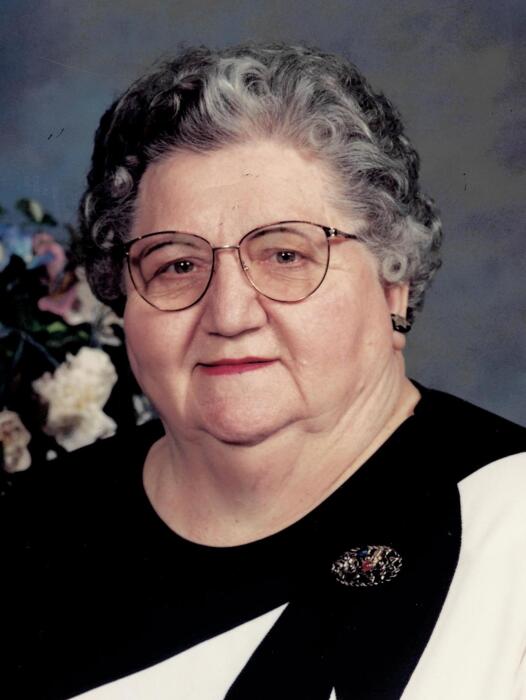 MEMORIAL MASS will be held for FRANCES on FRIDAY, JULY 16, 2021 at 11:00 AM at IMMACULATE CONCEPTION CATHOLIC CHURCH in OSAKIS, MN.

Frances was born on March 9, 1925 in Urbank, MN to Frank and Rose (Bitzan) Terfehr.  She married Edwin J. Sauer on September 12, 1944 at Sacred Heart Catholic Church in Urbank. They farmed the Sauer family farm at West Union, MN and then retired in Osakis, MN.  They became avid fisherpersons, sharing many catches with others.

Frances’s faith and family were most important to her. She was a great gardener, cook and baker. Until her later years she loved dancing.  Favorite pastimes included playing cards, Word Find books, and listening to old time music.

A private interment was held.

To order memorial trees or send flowers to the family in memory of Frances Sauer, please visit our flower store.