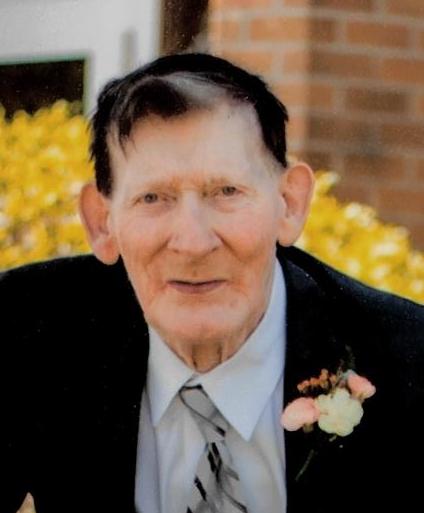 Earl and Louise (Christensen) Abers named their new son Franklin Dee Roosevelt when he joined their family on January 26, 1934 in Osakis, MN.  He was a graduate of Villard High School in 1952 and then joined the National Guards.  He farmed up until 1968 when he sold his cows and went cross country trucking with his brother.  He returned back to farming a year later.   After falling in love with a beautiful girl named Darlene Weir, Frank made a proposal for marriage and on September 23, 1972 they tied the knot at Zion Lutheran Church in Sauk Centre, MN. They began a life of dairy farming, which in Minnesota means many hours of hard labor under many types of weather.  They enjoyed country life and making a living from their own labors. They raised their family and farmed in Pope County for over 47 years.  In fact, Frank had only retired a couple of years ago, when his back told him it was time to be done.  He was a member of St. John’s Lutheran Church in Villard.

Frank had many interests, especially when it came to sports.  He enjoyed all kinds, but especially liked to watch football, basketball, wrestling (and even track and field) on television. He felt no need to attend any games as he always said he had the best seat in the house. Going out for a drive to ‘check the crops’ or spending time with a line in the water fishing for pan fish were ways he could wind down and relax.  He was a devoted, kind, funny and loving husband, father and grandpa who will be dearly missed by his family, neighbors and friends.

A memorial service will be held on Monday, September 23, 2019 at 11:00 am at St. John’s Lutheran Church in Villard with Bruce Frederickson officiating.  Honorary bearers are Jerry Abers, Tom Sohns, Albert Koppen, Rick and Paul Weir.  A gathering for family and friends will be held on Sunday evening at the Roy-Hetland Funeral Home in Osakis from 3 – 6 pm and also one hour before the service at the church.

To order memorial trees or send flowers to the family in memory of Frank Abers, please visit our flower store.