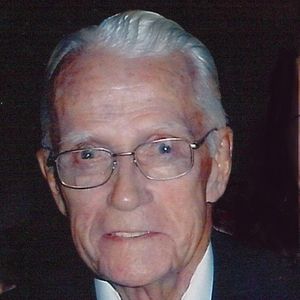 Frank Murphy, age 88 of Dwight, IL, husband to Vivian (Collins) Murphy, who was formerly of Osakis passed away on Wednesday morning at his home in Dwight surrounded by his family. Funeral services will be held on Saturday, August 20 2016 at 11:00 am at St. Nicholas Church in Belle River, MN. Visitation will be held from 6 - 8 pm on Friday evening, August 19 at the Roy-Hetland Funeral Home in Osakis, MN.
Frank T. Murphy was born on November 21, 1927 in Chicago, IL to George Joseph and Margaret Jane (Crohan) Murphy. He married Vivian Collins at St. Nicholas Church in Belle River, MN on August 31, 1963. Frank worked at the Bank of Dwight as Board Chairman for many years and was part of the Dwight Rotary Club, the Knights of Columbus, the American Legion, the Irish Fellowship, the Chicago Athletic club, the Union League Club of Chicago and the Pontiac Elks Club. Above all, Frank was devoted to his family and always enjoyed spending time with them.
He is survived by his wife, Vivian Murphy of Dwight, IL; two daughters, Mary (Tom) Hogan of Morris, IL, Erin (Eric) Frobish of Morris, IL; grandchildren, Aindrea 'Daah' and Shannon Hogan, Ethan, Elaina 'Ellie' and Emma Frobish; sister-in-law, Elizabeth Murphy; sister-in-law, Kathleen Hetland; brothers-in-law, David (Beverly) Collins, Gary (Judy) Collins; many nieces and nephews.
Frank is preceded in death by his parents, step mother, Mary McKeating-Murphy, brothers, George and Robert Murphy, sister, Anna Mae Murphy; sister-in-law, Mary Murphy and brother-in-law, Darwin Hetland.
Memorials in honor of Frank may be made to the charity of the donor's choice.

To order memorial trees or send flowers to the family in memory of Frank Murphy, please visit our flower store.