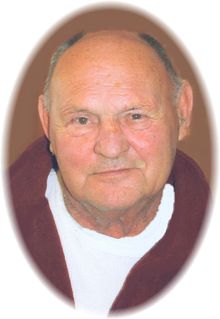 Life History for Gary Astleford
Gary Lee Astleford was born on march 20, 1938 in Lake City, Iowa to parents, George and Mary Ann (McCoy) Astleford. He passed away on August 16, 2012 at the Galeon Home in Osakis, MN. He graduated from Lake City High School in Lake City, IA earning many letters and awards in football, basketball and track. He had a full ride to Iowa State University in Ames, IA on a football scholarship. There he earned degrees in Physical Education, Industrial Technology and Driver's Education. During football practice during his junior year of college, Gary broke his leg, becoming the 31st player on the famous 'Dirty Thirty' squad of 1959. After graduating, he began his teaching and coaching career in North Tama of Traer, IA.
On March 28, 1963, Gary married an ISU graduate named Jeanne Ann Hurst of Waterloo, IA. To this union two sons were born, Andrew and Aaron. His teaching and coaching then took the family back to Ames, Muscatine, IA and then to LaPorte City, IA. Leaving the great state of Iowa, the family moved to Osakis, MN buying Mick's Resort on Lake Osakis, which they operated for 20 years. During this time, Gary also taught and coached at Sauk Centre High School, with a couple of years coaching wrestling in Osakis. He retired in 2000. Gary also enjoyed a political career. He was a charter member of the Sauk River Watershed Dist. which began in July of 1986. He served on the Osakis City Council for 4 years and was Mayor of Osakis for 6 years. He was a member of the Osakis Lions Club and served one year as President. He was also on the Osakis Ducks Unlimited committee for several years.
Gary enjoyed putzing around in his garage, being outdoors with his wild flowers and birds, fishing and hunting ducks, deer, squirrels and rabbits. Whatever he brought home, be it fish or animal, he cooked and ate it with his family. After he retired, he did most of the cooking. He enjoyed any kind of card game (especially Bridge and Cribbage,) taking drives around the state, traveling to Ames and other states, catching up with old friends and being with his family.
He was preceded in death by his parents and eight siblings: Dale, Verva, Charles, Paul, Harold, Anna Marie, Mary and George, Jr.
He is survived by his wife of 48 years, Jeanne Astleford of Osakis; sons, Andrew of Monticello and Aaron (Michele Goodwin and daughter, Celestia) of Buffalo; his precious grandchildren, twins, Jason and Justin, and triplets, Anyssa, Alyson and Alexander; a sister, Joyce Hiler of Lake City, IA; three sisters-in-law, Doris Astleford of Lake City, Norma Astleford of Lytton, IA and Susan (Dennis) Brubaker of Grundy Center, IA; brother-in-law, Lloyd Ellis of Lake City, IA; many beloved nieces & nephews.
Gary will be remembered for his wonderful sense of humor, his time and dedication to the students he taught and coached and especially his love for his family and grandchildren.
A memorial service will be held on Wednesday, August 22 at 11:00 am at the First Presbyterian Church in Osakis, MN with Rev. Tim Sutton presiding. Honorary pallbearers are the Osakis Lions Club and Ducks Unlimited members. Active bearers are his five grandchildren. Music will be provided by organist, Ellen Bangtson and soloist, Rod Mitchell.

To order memorial trees or send flowers to the family in memory of Gary Astleford, please visit our flower store.