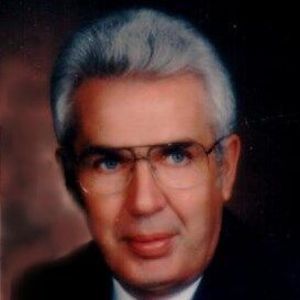 Gary Harguth, age 76 of Osakis passed away on Monday, Sept. 28 at his home in Osakis, MN. Funeral services will be Saturday, Oct. 3 at 9:30 am at the Immaculate Conception Catholic Church in Osakis. Inurnment is at the Gordon Pleasant Hill Cemetery in rural Osakis. Visitation hours are Friday, October 2 from 4 - 8 pm at the Roy-Hetland Funeral Home in Osakis. Parish prayers begin at 7:00 pm with a K. C. Rosary will follow at 7:30 pm.
LIFE HISTORY FOR GARY HARGUTH
Gary was born in the Montevideo Hospital on February 27, 1939. He was the first born of six children to Arthur and Hazel Dorthea (Uttermark) Harguth. He grew up on a farm in rural Chippewa County, MN. He was baptized, received his First Communion, confirmed and married at the St. Clara Church in Clara City, MN. He attended St. Clara Catholic School for eight years and graduated from Maynard High School in 1957. He was a faithful altar boy through all of his school years. After graduation from high school, Gary worked on the home farm, helping his Dad with a custom baling business for area farmers. In 1959 he went to Chicago and attended DeVry Technical Institute, graduating with a degree in Radio and TV Electronic Technology. He had his own radio and TV repair business in Granite Falls, MN.
In 1960, Gary married his sweetheart, Elaine Ashburn, and together they moved to Osakis, MN where he continued his career with the Osakis Furniture Company. While there, his work expanded into general appliance repair and carpet and linoleum installation for over twenty-seven years until the store closed. He worked with Wilson Roy, Aubrey Kramer and Lawrence Holte on the local ambulance and funeral home business until the ambulance business was taken over by the City of Osakis. Gary continued to work for the Roy Funeral Home until his retirement. Gary worked for the Osakis Post Office as a Rural Mail Carrier from 1987 until his retirement.
Gary loved being outdoors and raised large flower and vegetable gardens every year. He always did the canning of the produce from his gardens. Gary and his best friend, Roger Quinn had a business (hobby) of setting tombstones and mowing the city cemeteries. He became a member of the Knights of Columbus when he was 18 years old. He served as Grand Knight for the Osakis KC's from 1973 to 1975. He also spent many years working on their KC Sunday breakfasts. Gary and Elaine loved traveling, making many trips out to Colorado visiting Aubrey and Linda Kramer.
Welcoming him into heaven are his father, Art and a sister, Sharon. He is survived by his wife of 55 years, Elaine Harguth of Osakis; three sons and two daughters, Kevin (JoAnne) Harguth of St. Cloud, Gregory (Val) Harguth of Little Falls, Robert (Lori) Harguth of Ham Lake, Margaret 'Peggy' (Dan) Rickert of Bemidji and Estelle (Bruce) Garvin of Osakis; his mother, Hazel Harguth of Clara City; 13 grandchildren, Kassandra, Bridget, Jason, Samantha, Ashley, Jacob (Derek), Dustin, Zachary (Jessica), Isaak (Allison), Levi, Adriane, Amanda and Nichole; 3 great grandchildren, Mya Mae and Olivia Paige Garvin, Olivia Stephanie Rickert; 3 sisters, Millicent Koenen of Clara City, Ardys Hughes of Marshall and Sandra (Jon) Rothers of Kerkhoven; a brother, Eugene 'Charlie' (Betty) Harguth of Maynard; many nieces, nephews and friends.
A Mass of Resurrection was held on Saturday, Oct. 3, 2015 at 9:30 am at the Immaculate Conception Catholic Church in Osakis with Fr. Dave Petron officiating. Musicians included his grandson, Levi Richert with a trombone solo, Darlene Hendricks, Dana Hetland and the Funeral Choir. Readers were Isaak Richert and Ashly Harguth. Giftbearers were Amanda Garvin, Kassie and Zach Harguth. Honorary pallbearers were Ron and Ted Kraemer, Wayne Olson, Dan Fields, Laurie Neumann, Linda Barrows and Dwayne Maus. Private interment was held at the Gordon Pleasant Hill Cemetery in rural Osakis, MN.
Arrangements by Roy-Hetland Funeral Home in Osakis, MN

To order memorial trees or send flowers to the family in memory of Gary Harguth, please visit our flower store.