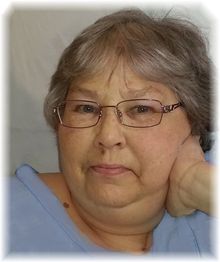 Gayle Redning, age 66 of Osakis entered the peace of Heaven on Thursday, August 14, 2014 from the Douglas Co. Hospital in Alexandria, MN surrounded by God and her family.
On February 26, 1948 Peter and Selma (Myers) DeTalente gave birth to a baby girl in Evansville, IN that they named Selma Gayle. She graduated in 1967 and then traveled to Alexandria, MN to visit her sister. She met and then married the love of her life, Bennie M. Redning, Sr. at the Redning farm in Osakis on June 8, 1968. In addition to raising her family, Gayle worked as a cook at the Community Memorial Home in Osakis. She was an active member of the Salem Lutheran Church, belonged to the Ladies Aide and served as a past officer. She also taught Bible school and served on the parish education council. Some of her favorite past times included stamping and creating cards, doing crafts, and quilting. She was an amazing cook who enjoyed baking for her family and friends. Her greatest love, however, was spoiling her family, especially her grandchildren. She was a loving wife and a wonderful mom, grandma and sister who will be dearly missed by all who knew her.
She is survived by her husband of 47 years, Bennie M. Redning Sr. of Osakis; children, Myla Jo (James) Hiltner of Osakis and Bennie M. (Rebecca) Redning, Jr. of Nelson; grandchildren, Bella, Beth, and Ethan Hiltner and Zander Redning; siblings, Nelson DeTalente, Wesley (Carmelita) DeTalente, Jimmy (Brenda) DeTalente, Gordon (Martha) DeTalente, all of Evansville, IN, Paul 'Rebel' (MaryLou) DeTalente of Booneville, IN, Danny (Wendy) DeTalente of Dunnellon, FL, Cam DeTalente of Evansville, IN, Barbara (Richard) Meredith of Booneville, IN and Doris Meredith of Booneville, IN, Sandie (Ronnie) Morris of Evansville, IN; sister-in-law and brother-in-law, Kay and John Hallquist of Brooklyn Park, MN. Preceded in death by her parents, sisters, Phyllis Stahl, Judy, Cathy, Delphine DeTalente, Linda Stidman; brothers, Peter and Stevie 'Buster' DeTalente.
Funeral services are Tuesday, Aug. 19 at 10:30 am at the Salem Lutheran Church in Osakis with Rev. Steve Hilde officiating. Musicians are Ione Johnson as organist with singers, Ginny & Gary Mikkelson, Sonja Starry and Joyce Buntje. Interment is at the church cemetery. Honorary bearers are Ginny Mikkelson, Carolyn Thimmesh, Sonja Starry, Vicki Larson, Vicky Herickoff, Jean Torstenson and Dorene Mielke. Active bearers are Jim & David Hiltner, John & Joshua Hallquist, Matt Kral, and Dale Massman.

To order memorial trees or send flowers to the family in memory of Gayle Redning, please visit our flower store.